We’re a friendly bunch and enjoy to help you put your show on the road.

But while we’ve mentioned that we’re a friendly lot, you may not have met all of us.

Following our initial look at the team behind the scenes, here are two more team members and Stagefreight drivers to get to know!

Have you met JP?

JP is one of our drivers, who’s specialised in conference transport across Europe. 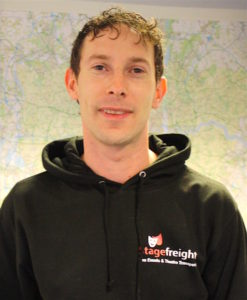 He’s frequently been to Budapest and Vienna.

One of his most memorable travel moments was a penthouse stay in the sunny Marbella. Nice.

He’s built a very good relationships with several key transport clients with whom he’s been travelling for the last 5 years.

His top advice to new team members is:

“A can-do attitude is essential. You get out what you put into the job – and you get the most out of helping.“

JP has now moved into a client services role in the office.

While his trips across Europe are over, he’ll still be chipping in to drive across the UK, while also being a key contact for clients.

Have you met Stuart Douglas?

Stuart is our lead driver for Opera North, which is one of key clients with whom we’ve built a long-lasting relationship. 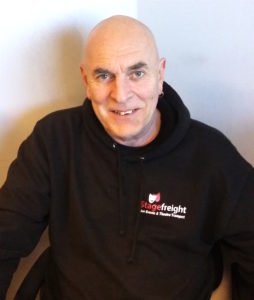 He’s been the lead driver for the last 5 years; but has a career in driving for events panning the past 14 years.

Good attention to detail and staying on top of the plan is essential for Stuart’s role, as he’s used to organising up to 16 trailers which include the equipment for 3 different shows.

The shows alternate within the week, so Stuart is arranging the storage, loading and unloading of 3 shows across 16 trailers.

Keep in mind that every show has to be taken down and the equipment stored, while the next show gets prepped.

This can take between 2 to 6 hours (depending on the size and complexity of the equipment and props). Timing really is key, but Stuart is there to make sure everything goes like clockwork.

He’s got a lot of experience of touring the UK with Manchester currently being his favourite venue due to the handy loading bays this particular venue has.

Have you met Ian Lowe?

Ian has been a driver for the last 27 years and even has driving experience in the Middle East.

He’s currently on a one-trailer tour around the world with the music legend that is Joan Baez. 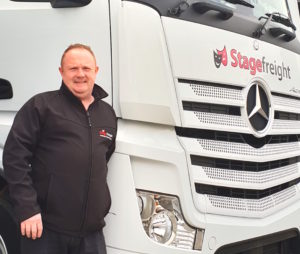 Alright for some, right?

He’s just got back from completing the first leg of the tour, which included Scandinavia, UK, Ireland & Northern Ireland, Germany, Bosnia and the Czech Republic. Some countries are simpler than others, but none is too tricky for Ian as he knows which custom forms are needed for when plus what timing to keep an eye on.

The second leg of the Joan Baez tour kicks off in May 2018 and there are plenty of UK destinations, such as London, Bristol and Manchester before touring Europe via Hamburg, Berlin, Paris, Rome, Vienna and Amsterdam – just to name a few. The tour continues in the USA and Canada for the last quarter of the year. It’s a huge tour, so it’s good that Ian has some of his favourite destinations on the list, too.

Berlin is one of his favourite places to be, as you can never get bored of Berlin – or so Ian tells us.

Have you met Ant Hayes?

Ant is best known within the team as the lead driver for Birmingham Royal Ballet jobs, but he has two main claims to fame within the Stagefreight team.

The first is due to his nickname as Malta man, since if there’s a transport job in Malta he’s the man for the job.

The second part of his stardom is due to his recent involvement with transporting 7,500 Mr Kipling cakes which were designed into a BFG masterpiece.

Not one of our everyday type of loads, but goes to show that we can handle any transport job. 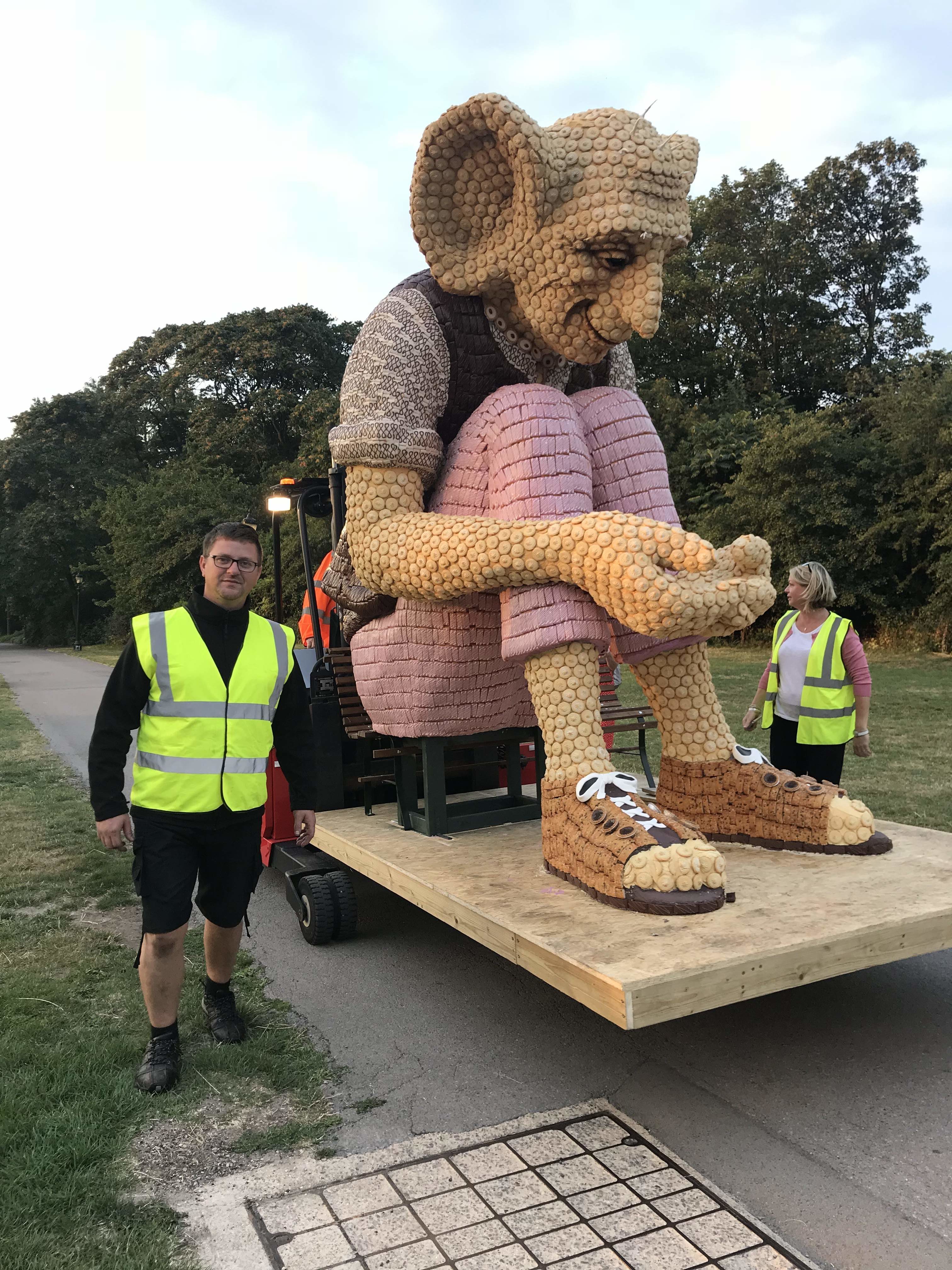 Our Ant has quite a bit of experience, when it comes to unusual loads. In previous work outside of event transport he’s transported a 250 tonne power module, helicopter propellers and jet engines.

For Stagefreight he’s previously driven a giant teapot across the UK on behalf of Yorkshire Tea for the 2014 Tour De France.

There’ll be more driver and team member insights to come, so stay tuned.

In the meantime, if you’re looking for some theatre, music or event transport, why not have a closer look at our services pages or contact us today 0113 238 0805