Looking to step outside your comfort zone this year? There’s no shortage of unusual events to look forward to, and as an event haulage company, we’ve seen our share of the unusual.

Join us as we round up the shows 2019 with the rep of being unusual and out there.

As one of the world’s biggest musicians—and star of the John Lewis Christmas ad—Elton John needs no introduction.

But all good things must come to an end, even if that end is a little further off than you might think.

Launching in September 2018, the Elton John Farewell Yellow Brick Road Tour is running through 2019 and beyond.

In the short term, Elton fans can see him in Austria, Poland, the Czech Republic and Germany.

But with more than 300 shows planned, running until 2021, there are plenty of chances to see Elton John in person.

You can see him live in London, Birmingham, Liverpool, Manchester, Aberdeen, Glasgow and Leeds.

For more information on tour dates, head to the official website. 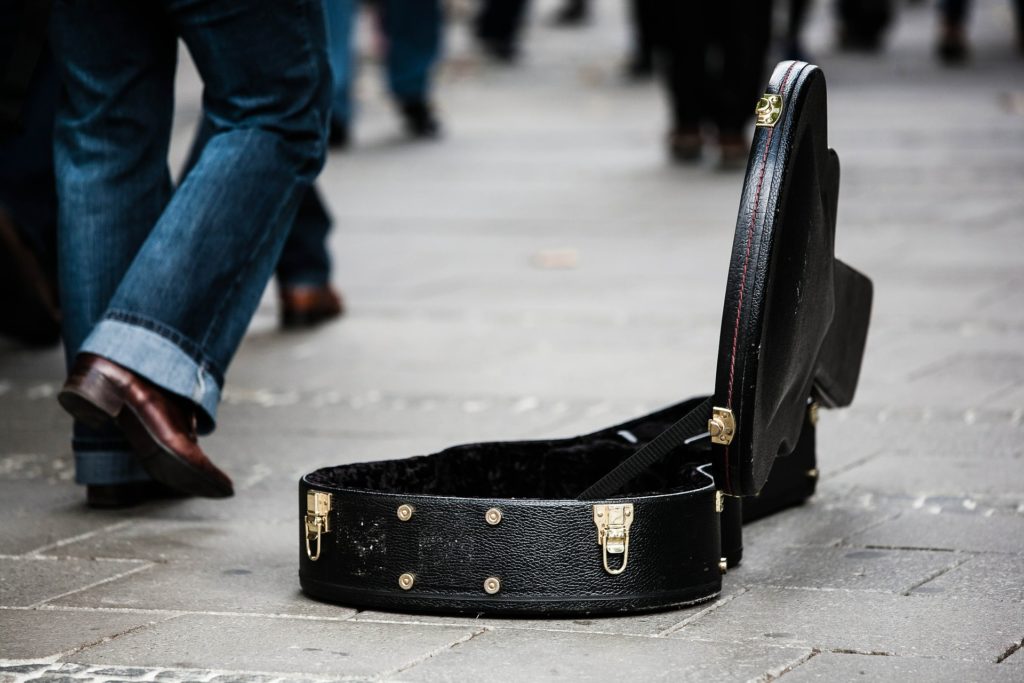 Of course, you don’t need to be a world-class musician to rock out.

The Air Guitar World Championships are held each year in Oulu, Finland, and have grown from a silly idea into a bonafide international event.

At the national level, official air guitar championships take place in a variety of countries including the UK, USA, Germany and Japan.

Winners of these events go on to the World Championships, where they battle the defending world champion for the title.

Judges look out for choreography, accuracy and “Airness”, making this a competition that entrants shouldn’t take lightly.

The entrants have a rock ‘n’ roll styled stage to support them and there are also extra performances to keep the crowd entertained during judging.

While we’re still waiting for details on 2019’s event, you can learn more about the event at the official website. You can also watch a stream from 2018’s event here. 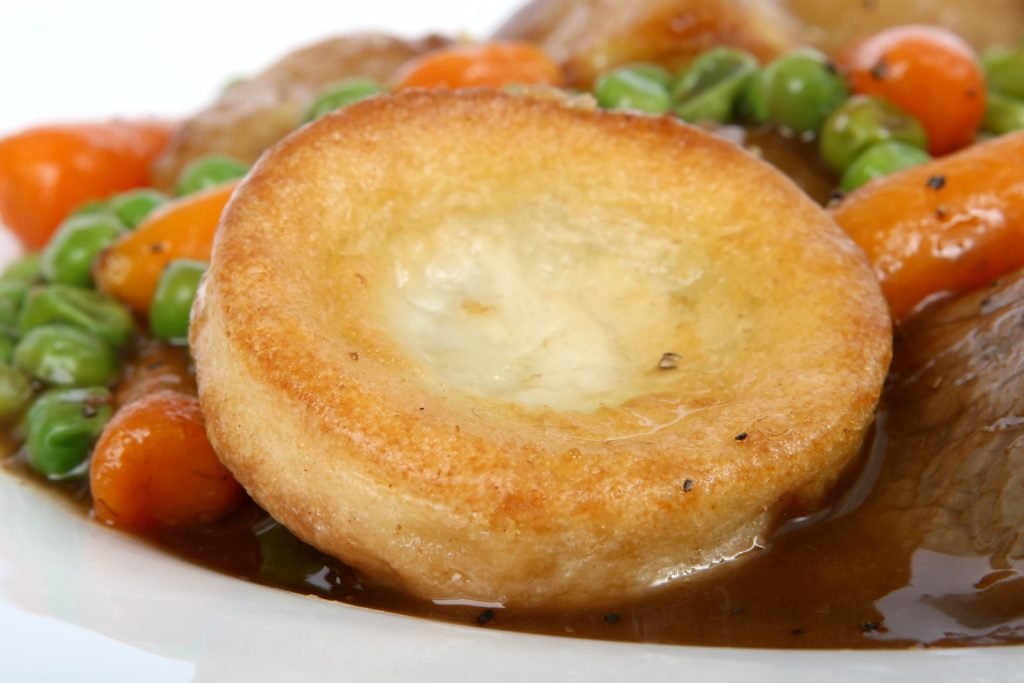 A staple of Sunday roasts nationwide, Yorkshire puddings aren’t usually a means of transport. But thanks to a man called Simon Thackray, the village of Brawby is taking a different approach.

The puddings are coated in yacht varnish to make them a little more seaworthy, but they’re otherwise identical to the ones you eat with your roast beef on Sundays.

Earlier races were attended by the poet Ian McMillan and soundtracked by the members of the Yorkshire Pudding Orchestra.

If you’re after something truly unusual, this event is the perfect choice!

For more details on 2019’s event, head on over to the official website.

Key details like the dancer’s faces are hidden, allowing for some truly eye-popping set pieces to take centre stage.

Each show mixes live performers with 4D effects, resulting in an unforgettable experience!

To book tickets for this event, visit this page.

If you’re feeling a bit more courageous, head on over to the village of Brockworth in Gloucester.
The local landmark of Cooper’s Hill is home to one of the UK’s oddest events.

During the Cooper’s Hill Cheese Rolling, more than 40 contestants chase a wheel of Double Gloucester cheese down a steep incline.
The first person to reach the bottom of the hill wins the cheese, but getting there is harder than it sounds.

Injuries are commonplace (amongst both contestants and spectators) with visits to the hospital a frequent occurrence.
Reigning champion Chris Anderson has taken home21 cheeses, but suffered a broken ankle and bruised kidneys for his trouble.

There’s no real barriers to entry;according to the Independent, the official event was cancelled in 2009 after 15,000 spectators turned up.
However, it carries on as an unofficial event, so if you fancy attending, head over on Monday the 27th of May, 2019.

6. How the Andalusian Horses Dance 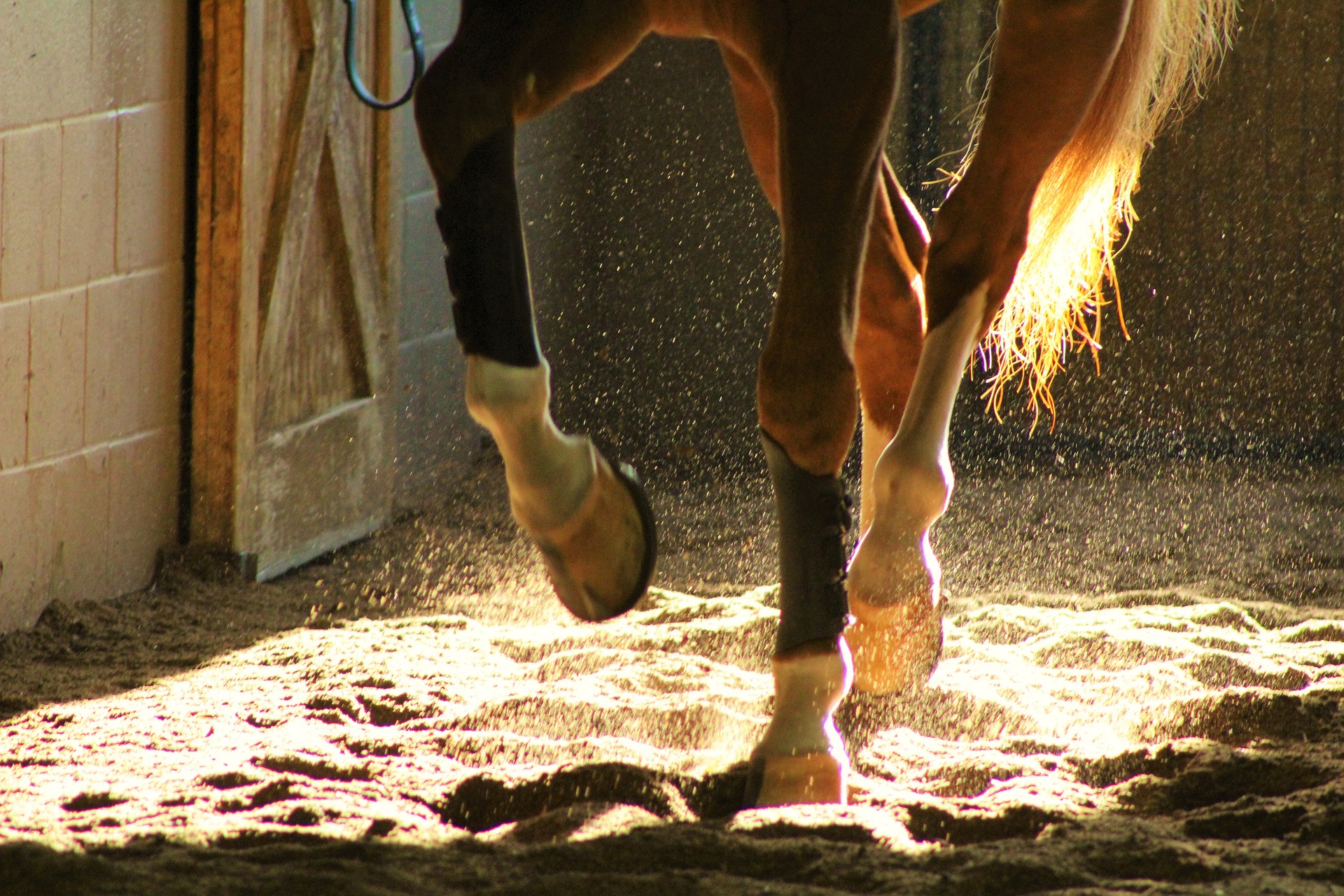 If you’re a lover of horse racing, you’ve got plenty of events in this country to enjoy. If you’re after something a little different, this Spanish event might be right up your alley.

How the Andalusian Horses Dance is an equestrian ballet, accompanied by Spanish music and 18th-century costume.

The show takes place at the Royal Andalusian School of Equestrian Art in the city of Jerez. If you’d like to attend, visit the official site for full details. 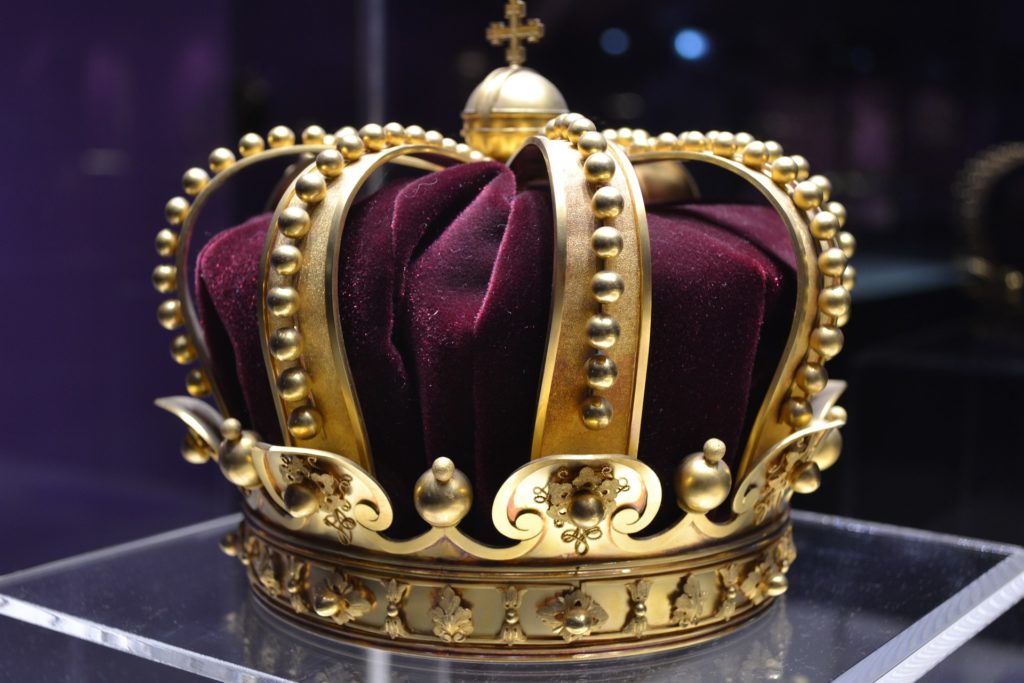 It’s arguably one of his more difficult plays but this year, we’re seeing an interesting twist on the subject matter.

Shakespeare’s Globe is hosting a new performance of Richard II, directed and performed entirely by women of colour.

Theatre and TV veteran Adjoa Andoh will play the title role and co-direct, alongside cast members like Shobna Gulati (famous for her appearances in Coronation Street and Dinnerladies) and Doña Croll, who was the first black woman to play Cleopatra on a British stage.

The play comes against a heightened political background—the 70th anniversary of the Windrush generation, and Brexit on the horizon—making this an especially timely theatre production.

If you’d like to see it for yourself, this version of the play runs from Friday the 22nd of February to Sunday the 21st of April in 2019, at the Sam Wanamaker Playhouse.

Most of us are content to use lemons as a drinks garnish or pancake topping. Over in the French city of Menton, the people take them a bit more seriously.

Now in its 86th year, the Fête du Citron (or Lemon Festival) is a celebration of one of our most popular fruits. It mixes giant sculptures with lavish parade floats and illuminated gardens; everything in the festival is made from lemons, making this an event you’ll remember for years to come.

This event runs between Saturday the 16th of February and Sunday the 3rd of March.

Click here to learn more about it; we’re sure your visit will be a fruitful one!

9. Only Fools & Horses: The Musical

First broadcast in 1981, Only Fools and Horses is one of the UK’s greatest sitcoms. It shaped our language and produced a small mountain of merchandise, and now it’s getting a new lease of life on the British stage.

Only Fools and Horses: The Musical has been written by Paul Whitehouse and Jim Sullivan (son of the original show’s writer, John Sullivan).

It mixes material from the TV show with 20 original songs, and musical contributions from Chas and Dave.

If you’re looking for a trip down memory lane, Only Fools and Horses: The Musical could be the perfect vehicle. The show runs from Wednesday the 20th of February to Saturday the 22nd of June: visit the official Ticketmaster page to book tickets.

Although the Roman Empire collapsed more than 1,500 years ago, the period still sparks our imagination. The city of Nîmes, located in Southern France, is celebrating that era with an impressive historical re-enactment.

The Great Roman Games take place in the Amphitheatre of Nîmes, which the Romans built around 70CE.

More than 500 actors and extras take part in the event, with equestrian events, gladiatorial combat and chariot racing to look forward to.

Outside the ampitheatre visitors can enjoy fancy dress parades, guided tours and children’s workshops, ensuring there’s something for everyone to enjoy.

This event runs from Friday the 3rd to Sunday the 5th of May. Visit the site to book tickets.

11. Social Media in the Pharmaceutical Industry 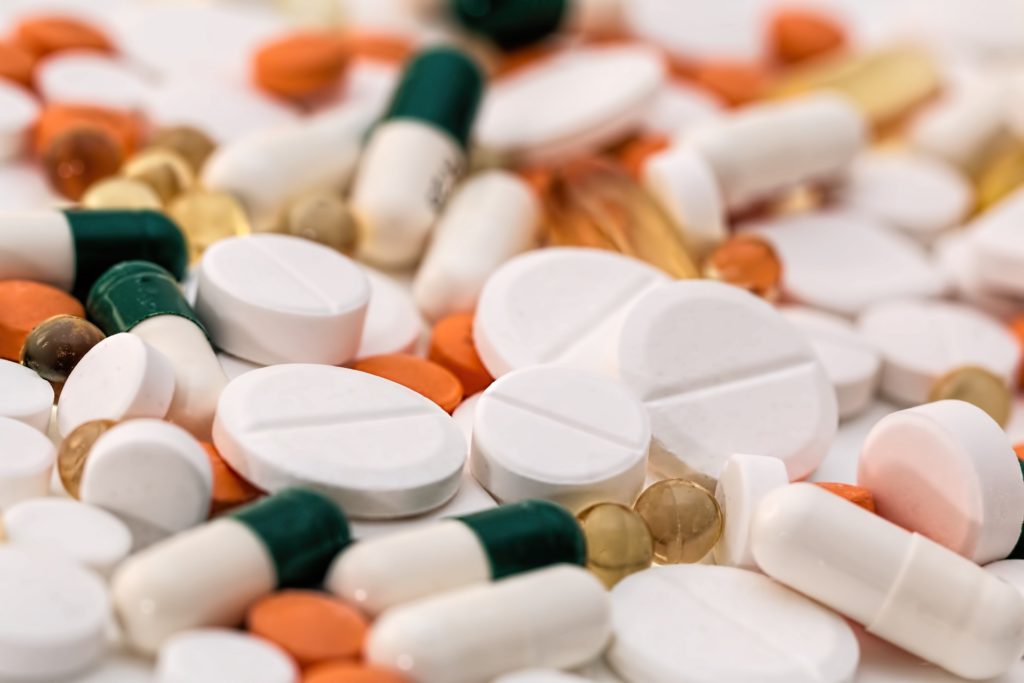 Social media isn’t just for cat photos and catching up with relatives. It’s a vital means of communication, and dozens of different industries make use of it.

That’s the idea behind this conference, now in its 11th year of operation.

Taking place in the heart of London, the conference brings together professionals from both the worlds of social media and pharmaceuticals.

Events during the conference include talks on how social media can benefit Pharma companies, the future of customer engagement and how to be a good corporate social media citizen.

There will also be networking lunches, giving you the chance to build vital business connections.

This conference runs from Monday the 21st to Tuesday the 22nd of January. If you’d like to learn more about it, head to the official website for a detailed programme. 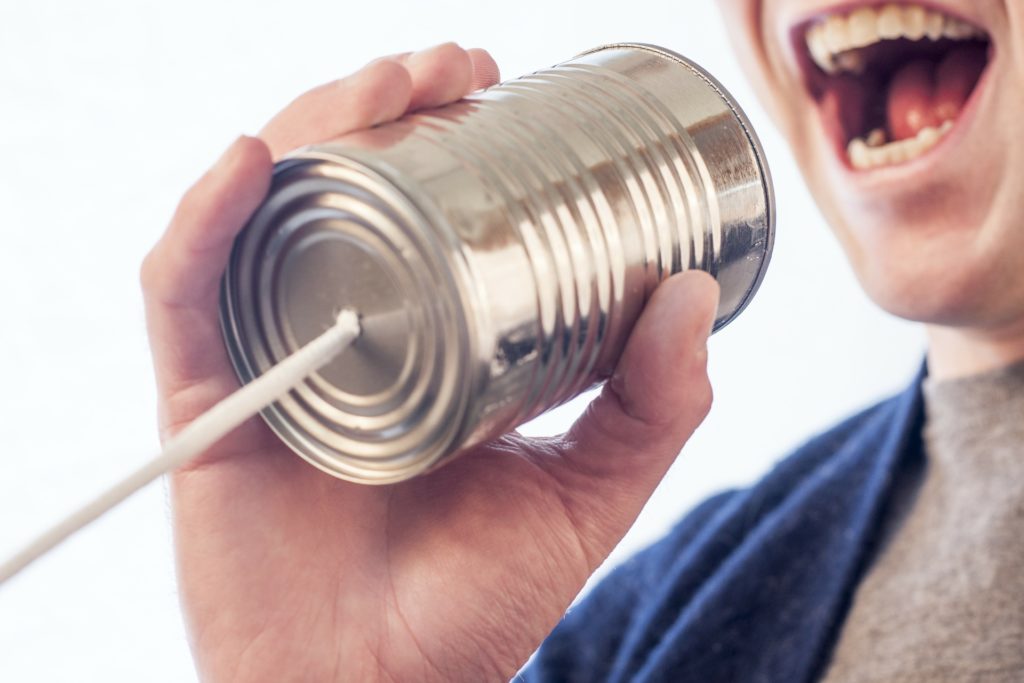 If we’ve learned anything as an event haulage company, it’s that there are events for pretty much anything. That’s been proved again with Ear, Nose & Throat 2019.

It’s a conference that brings together experts in ENT surgery, as well as otorhinolaryngology.

Running over Friday the 8th of February 2019 at London’s Cavendish Conference Centre, the event offers a range of expert opinion.

Speakers will discuss everything from managing paediatric neck lumps to dealing with paralysed vocal cords, making this (we assume) a must-see event for doctors in this field.

For more details, including pricing options, go to the official website.

Whatever events you’re interested in, there’s something out there in 2019 for everyone.

If you’re thinking of putting on your own event—whether it’s a concert, theatre tour, conference, exhibition or something a little unusual—we’re the event haulage company for the job.

Stagefreight’s staff is known for their speed, scheduling skills and reliability. We know how to take on tasks both big and small.

Our drivers help to unload and set up venues, and have expert knowledge of transporting your tour and event equipment across Europe and beyond.

Learn about our complete range of services here, or call us on 0113 238 0805 to discuss your next event today.

A year in the life of event transportation services