What Makes Yorkshire the King of Entertainment

Yorkshire is more than rolling fields, roast beef and flat caps. Take it from an expert in event transport; it’s a hotbed of culture that’s produced and inspired some of the UK’s best plays, films and live events.

That’s why in honour of Yorkshire Day, we’ve put together this list of Yorkshire’s best entertainment. Whether you’re into theatre, music events or other entertainment, it’s waiting for you in God’s own country!

The History Boys was written by Alan Bennett, best known for works like Talking Heads and The Lady in the Van. It first appeared at London’s Royal National Theatre back in 2004. It’s also been performed on Bennett’s home turf in venues like the West Yorkshire Playhouse.

The play follows eight Sheffield schoolboys who are attempting to gain entry to Oxford and Cambridge. However, they must do so amidst a clash of teaching styles, sexual tension and dubious student-teacher relationships. The original performance featured top actors like James Corden, Richard Griffiths, Frances de la Tour, Dominic Cooper and Russell Tovey.

A film adaptation of the play was released two years later, and featured the original stage cast. Both versions got a positive reception; the original production received the Laurence Olivier Award, while the original Broadway production won six Tony Awards and five Drama Desk Awards. The film was also nominated for several awards, including the BAFTAs for Best Actor and Supporting Actress.

Edith Nesbit’s story–first published in 1906–is a fixture of English children’s literature. It follows three children who must move to Yorkshire after the wrongful imprisonment of their father. With the aid of an elderly gentleman who takes the train near their home, they are able to prove their father’s innocence.

The original story has seen several adaptations, but the 1970 film is probably the most famous. Starring Bernard Cribbins, it was filmed on location at the Keighley and Worth Valley heritage railway. The original story has also been adapted for the theatre, and performed around the world.

The first stage performance took place in Kent in 2005, with a new version appearing at York’s National Railway Museum three years later. One of its more lavish productions–at King’s Cross Theatre in London–featured a purpose-built venue and a real steam engine as part of the set. With further performances in Denmark and Toronto, this is one Yorkshire story that has earned global appeal!

Back in 1998, Yorkshire woman Angela Baker lost her husband John to blood cancer. To honour his memory, Angela decided to raise money for a sofa in John’s hospital.

But rather than arranging a bake sale or running a marathon, Angela and her friends took a different approach–producing and starring in a nude calendar. The calendar exploded in popularity, selling more than 200,000 copies. The group’s efforts went on to raise more than £3 million for the charity Bloodwise, which funds research and raises awareness of blood cancer.

Angela’s story inspired a film starring Helen Mirren, Julie Walters and Celia Imrie, as well as a stage production and a musical. Tim Firth and Gary Barlow wrote the musical together, before it premiered in Leeds in 2015.

The musical has received rave reviews since its launch; The Guardian‘s Michael Billington said that “rather than seem like a piece of cynical exploitation, the show suggests the story has now achieved its ideal form.” The Independent‘s Paul Taylor said it was “a fresh and joyous attempt to reinvent the material”, while London Theatre‘s Mark Shenton praised the show’s “completely confident and warming display of real, open-hearted camaraderie”.

This major event is a celebration of Yorkshire’s farming, food and countryside. It sees more than 130,000 visitors (and 8,500 animals) coming together for a three-day programme of food, farming, and everything else!

This year’s show hosted many different animal events, including several equestrian classes and judging for cattle, pigs, sheep and goats. It also had a wide range of other attractions including an art show, a fashion show and demonstrations from Yorkshire chefs. Attendees feeling competitive could even compete in horse shoeing, sheep shearing and wrought ironwork! Whatever your interests, the Great Yorkshire Show has something to whet every appetite.

Next year’s Great Yorkshire Show takes place from Tuesday the 9th to Thursday the 11th of July. Visit the official website for more information. 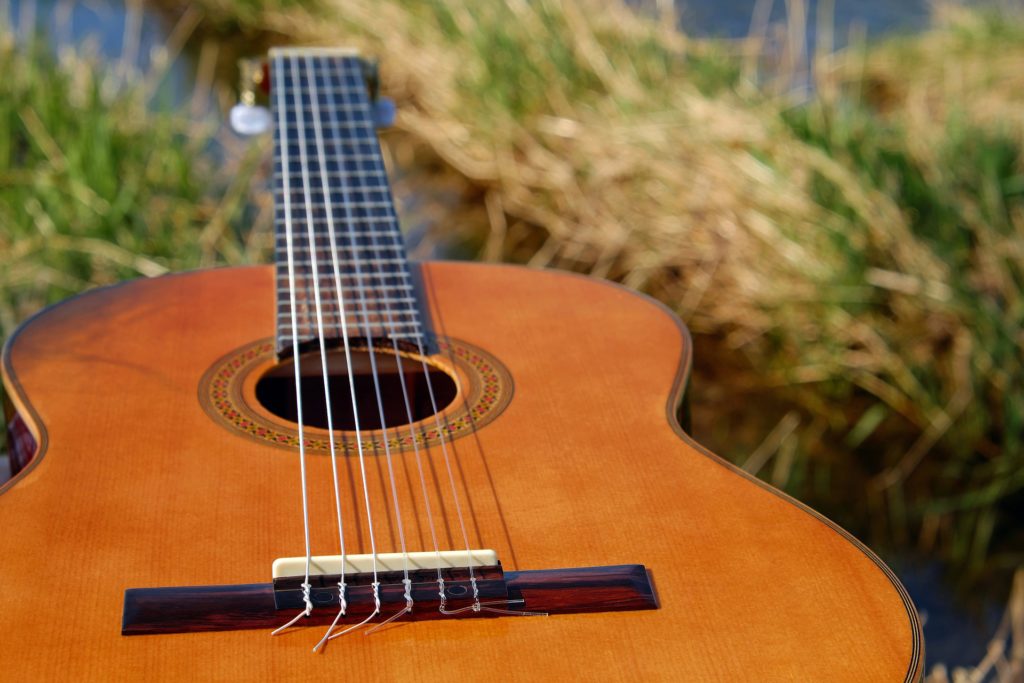 This North Yorkshire event pitches itself as the UK’s ultimate family friendly festival. 2018’s festival boasted an eclectic lineup of musicians including Goldfrapp, Public Service Broadcasting and Nadine Shah. But music isn’t the only thing going on; there’s plenty of other activities for everyone to enjoy.

Besides the obvious alternatives (like comedy and spoken word events) there’s plenty of child-friendly activities too. This year the likes of Northern Ballet, Leeds City College and recycling charity WasteAid all hosted workshops. Attendees who were feeling a little more creative could enjoy more unusual activities like acrylic marbling, lino printing and a ukulele jam!

Of course camping is a rich festival tradition, and Deer Shed offered several ‘glamping’ options. Choose from affordable options by Tangerine Fields, vintage tents from the 1970s or a spot of luxury in a tipi or yurt!

2018’s festival is finished now, but you can learn more about 2019’s event at the official website.

The Gilbert and Sullivan Festival

William Gilbert and Arthur Sullivan were the Victorian era’s most famous opera-writing team. The London duo brought us comic operas like H.M.S. Pinafore and The Pirates of Penzance. Now their work has found a new home in Harrogate’s Royal Hall.

The Gilbert and Sullivan Festival ran for 20 years in the Peak District before arriving at its current North Yorkshire home. It’s a great chance to see many of the pair’s operas for yourself. Enjoy famous shows like The Mikado, or sample lesser-known works such as Haddon Hall.

However, visitors won’t just be enjoying the operas themselves; the festival is running a series of talks on secondary topics too. They’ll get the chance to learn about Victorian theatres, costumes, choreography and the place Gilbert and Sullivan have in today’s theatre scene.

Whether you’re an old fan or a new initiate, the festival is the perfect chance to see these stalwarts of British theatre! 2018’s festival runs from Wednesday the 8th to Monday the 27th of August; visit the official website for more information. 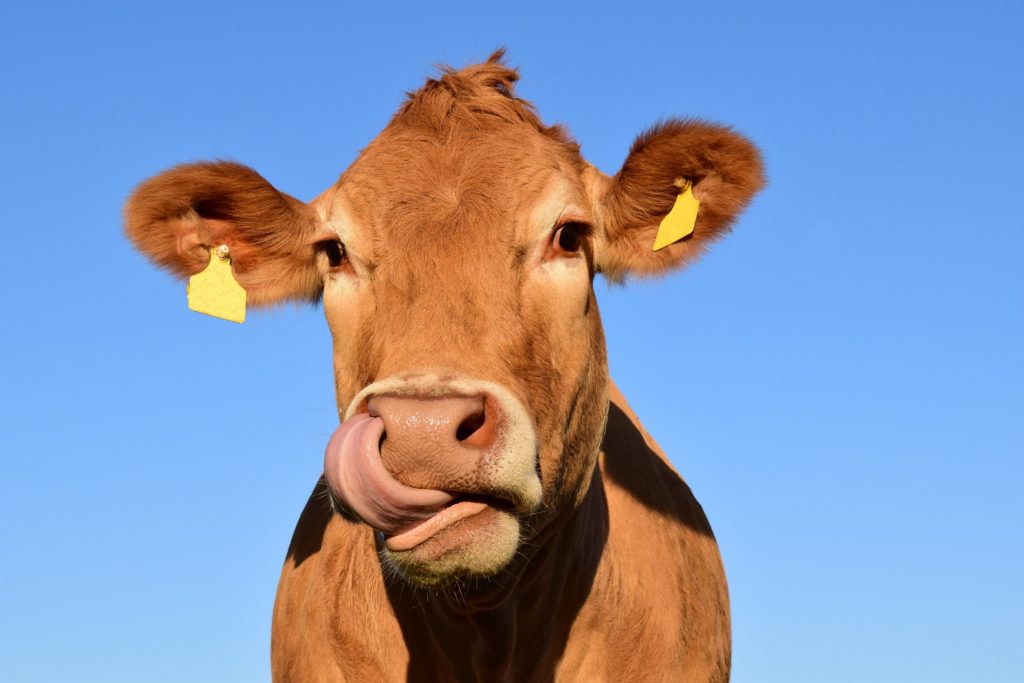 The comedic acts of the 2018 fringe included comedy legend Michael Legend in conversation with Robert Ross. There was also a highly popular improvised parody that was ideal for Doctor Who fans of all ages called “Any suggestions, Doctor?”.

As you can see Yorkshire has plenty to offer, whether your tastes run to food, film, theatre or live shows.

The county is great at putting on a show, and that’s why we believe it deserves to be known as the king of entertainment.

If you’d like to host an equally epic event and venture outside of Yorkshire with it, you’re in luck!

At Stagefreight event transport for theatre productions, music events and outdoor festivals is exactly what we do and we make a proper job of it all, too.

If you’re looking to put on a theatre production we can cater for shows of all shapes and sizes, from a single van to 28-trailer behemoths. Our experience with Opera North and the English National Ballet has given us the know-how to deliver a flawless operation, every single time.

If you’re running a live event, we know how important it is that things arrive on schedule. Our lead driver personally oversees the trailer arrival, so everything is on time. Our drivers can also support you with lighting choices, help build the stage with your team, and plan the most efficient route to the event, saving you time and money in the process.

Visit our Contact Us page to get in touch, and let us help make your next event a masterpiece!

The Event Trucking Highlights of the Summer

Concert Tours That Will Never Be Forgotten