The science behind stage acoustics

At Stagefreight, we know how important stage acoustics are to a good show. The team of drivers that provide our stage transport services are happy to support backstage teams during setup, and we offer to check and sort sound during live events. We also handle setup and checks for Ramfest: this charity event has been running for about a decade, and we’re very proud to be a part of it!

To help your shows sound better than ever, we’ve put together this new guide to the basics of stage acoustics. We’ll also cover common fixes for bad sound, and which venues are famous for their exceptional acoustic build.

The general science behind stage sound 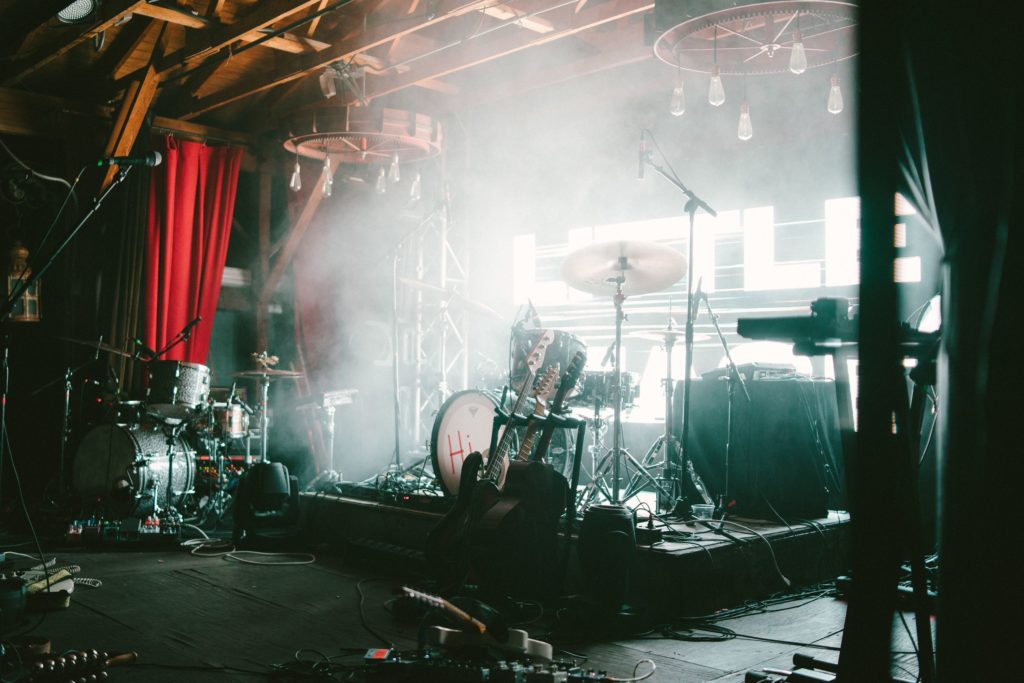 The key to a good musical performance is finding a venue that can reflect sound effectively. Soft materials absorb sound, while hard materials reflect it. If you compare how your voice sounds in a living room to how it sounds in a bathroom, you can see (well, hear) this firsthand.

As a result, modern music venues minimise the use of soft materials and prioritise hard ones. The shape of the venue is also important; according to Classic FM, music halls with a shoebox shape have very good acoustics. Their research with Professor Trevor Cox (at the University of Salford) explains that a good venue needs to facilitate clear sound, and helps the audience feel enveloped by the music they’re listening to.

It’s also important to consider the musician’s experience. When there are multiple musicians on stage at once, each one needs to be able to hear the others, and play at the same volume.

However, a good music venue doesn’t need a shoebox shape (or even walls) for great music. We’ll have a closer look at a range of venues later in the article.

Music venues don’t just need to reflect sound properly; they also need to reflect sound at the right time delay. When a sound bounces around a venue, there’s inevitably a slight delay between when a musican plays a note and when the audience hears it. Different performances, in turn, benefit from different delays.

According to Meyer and Hansen’s Acoustics and the Performance of Music, an orchestra sounds best when there’s a delay of between 17 and 35 milliseconds. Soloists benefit from a slightly longer delay; anything between 20 and 100 milliseconds is suitable. Conversely, a delay of 10 milliseconds sounds bad regardless of musical quality.

Another thing that can affect sound quality is the position of individual musicians. Meyer and Hansen make the following recommendations:

● Strings (like violins and basses) should be placed at the front of the orchestra.

● Woodwinds (like clarinets and oboes) should sit in the middle of the orchestra.

● Brass and percussion instruments (like trumpets and kettledrums) should sit at the back.

The position of the orchestra as a whole is also important. If an orchestra is too far from the back wall, for example, this can make it difficult for the conductor and audience to hear some of the musicians properly.

There are three popular orchestra layouts which reflect Meyer and Hansen’s guidelines. These are known as the European, American and Alternative American layouts respectively.

The American layout is a highly popular one and we’ve created a graphic to highlight how the orchestra is generally arranged using this layout.

As the recent Spice Girls concerts have demonstrated, getting sound right at a concert can be difficult. This is a significant problem at outdoor events, since there are several factors that can impact the sound the musicians produce. Fortunately, there are several things we can do to mitigate this as well.

● A hard back wall for the stage helps to reduce sound splashback for the microphone.

● Ceiling baffles and banners can help to decrease the echoes that rigging produces.

● Upper walls and balconies can be adjusted to bounce sound back towards the audience. 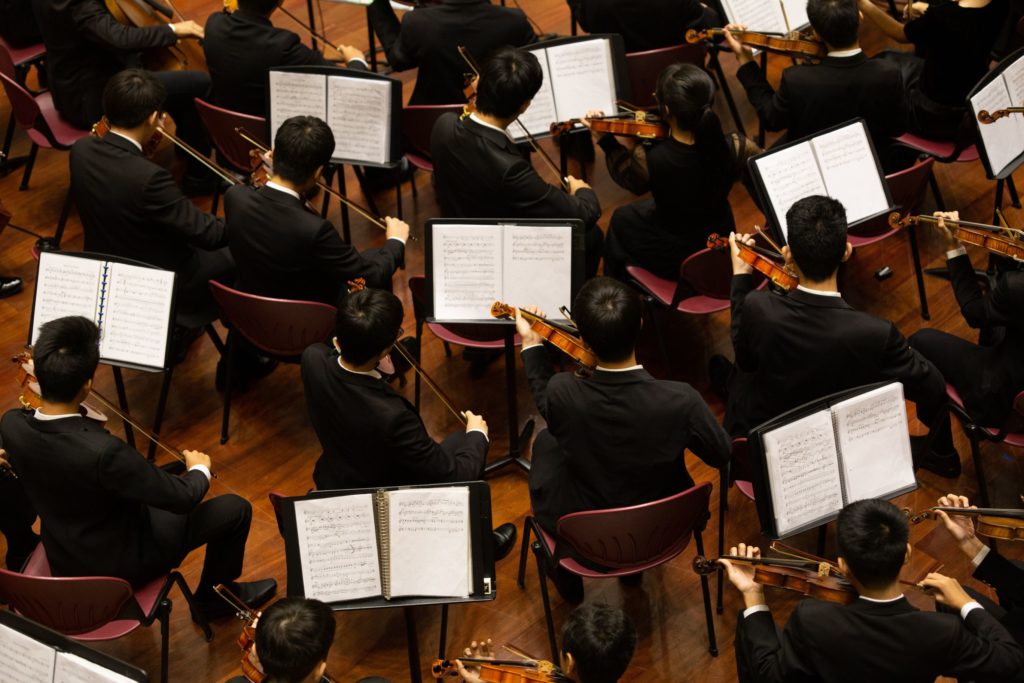 Now we have a better understanding of stage acoustics, we’ll look at some concert halls that make orchestras sound amazing.

The Musikverein is located in Vienna and was constructed in 1867. The venue is famous for the organ in its Golden Hall, which was first played in 1872; in total, four different organs have been used in the Musikverein since its opening. The venue has seen over 37,000 performances in the last 75 years alone, and its annual Vienne Philharmonic New Year’s concert is a highlight of its season.

This Dutch venue was built in Amsterdam in 1886, though its grand opening came two years later thanks to poor infrastructure. Its construction was a response to the lack of quality music venues in Amsterdam at the time. Today, it is one of the world’s most famous concert halls.

Ironically its brilliant acoustics are more by luck than design; according to the official website, 19th century knowledge of acoustics was practically nonexistent. As such, the architect drew heavy inspiration from existing buildings with great acoustics; the venue’s Recital Hall and Main Hall are near-exact replicas of other venues in Amsterdam and Germany. That doesn’t stop over 700,000 people visiting the Concertgebouw each year.

This Swedish venue first opened in 2015, and consists of three interconnected buildings. Serving as a concert hall, hotel and exhibition centre, the building has no front or back, allowing people to interact with it in many different ways. The concert hall also hosts the Malmö Symphony Orchestra; founded in 1925, the orchestra has won prizes in the Cannes Classical Awards and the Diapason d’Or!

Opening in 1996, Manchester’s Bridgewater Hall is an international concert venue. It hosts three resident orchestras, whilst offering a diverse range of live performances. The architects Renton Howard Wood Levin—who had a reputation for buildings in the performing arts sector—was responsible for the design. However, they worked closely with professional services firm Arup, due to their experience in acoustic consulting.

The Bridgewater Hall uses solid, reinforced concrete in most of its structure. The building as a whole also sits upon hundreds of isolation bearings, meaning there’s no rigid connection between the building and the foundations. These design choices provide the building with superior acoustics, as well as protection from outside noise and vibrations.

This Parisian venue opened back in 2015, though the project was announced nine years before that. It was designed by the award-winning French architect Jean Nouve, in partnership with lead acoustician Sir Harold Marshall.

Rather than mimicking common designs from other concert halls, the PhilHarmonie’s Symphonic Hall was designed from scratch. It uses cantilevered balconies and and an outer chamber to enhance the sound quality. The hall is also soundproofed against the road traffic outside, and the stage can be adjusted to accommodate many different performance types. 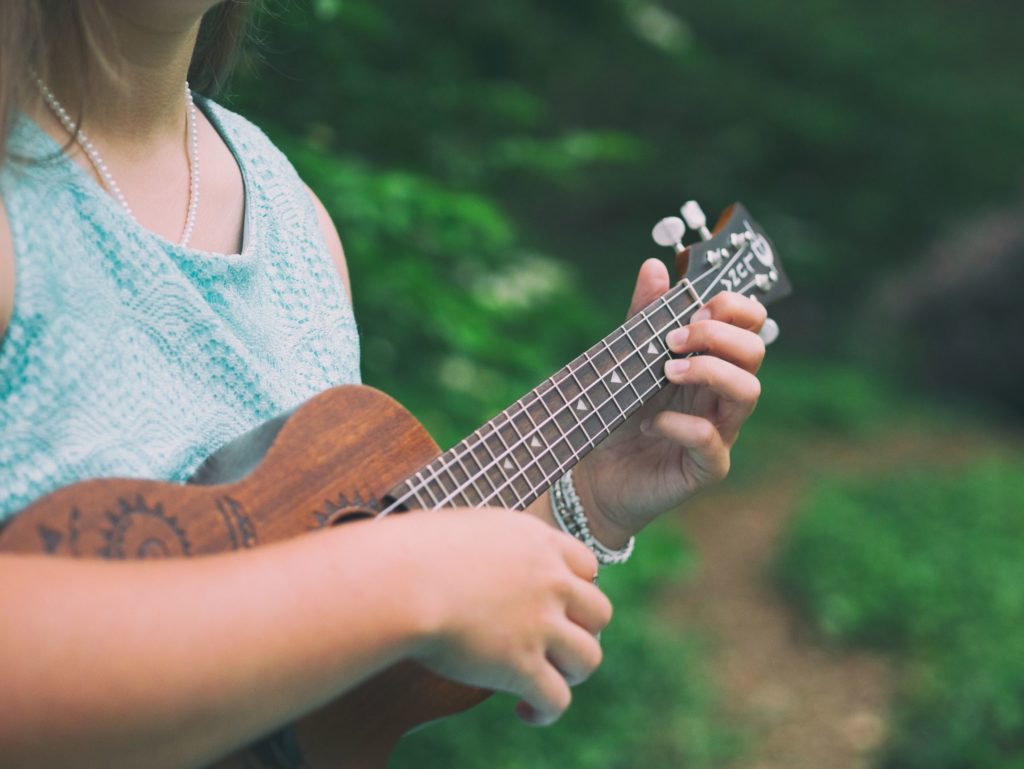 Of course, you don’t have to go indoors to enjoy great music. There are plenty of open-air venues for music fans to enjoy.

This outdoor music venue in Sweden is quite literally out of this world; the surrounding landscape was shaped by a meteorite, which hit the planet 360 million years ago. It became a lime quarry which later fell into disuse, and was rediscovered by Margareta Dellerfors—a former opera singer—in 1991. Today the venue hosts between 20 and 25 events each summer, and is famous for both its quality acoustics and stunning natural scenery.

Located in the Irish town of Slane, Slane Castle has become a famous music venue thanks to the natural ampitheater formed by the castle grounds. Up to 100,000 audience members can attend a show at once! Its current design dates back to 1785, although a large part of the castle was destroyed by fire in 1991.

The first music show at Slane Castle took place in 1981, and the venue has attracted musicians like The Rolling Stones, Queen and David Bowie. U2 have also performed at Slane Castle on three separate occasions, and wrote their famous album The Unforgettable Fire whilst taking up residency at the Castle.

The largest of London’s Royal Parks, Hyde Park has hosted outdoor concerts since the 1960s. Its first concert took place in 1968 and attracted the likes of Pink Floyd, Fleetwood Mac and Jethro Tull, as well as 15,000 fans.

Since then the park has remained a very popular music venue, hosting multiple musicians and festivals. Highlights include Party in the Park from the late 90s, Radio 2 Live in Hyde Park and (more recently) Barclaycard presents British Summer Time.

Though it’s easy for music fans to overlook, acoustics are an essential part of great music performances. Today’s music venues go to extreme lengths to get musicians sounding their very best.

We at Stagefreight know this and do our part to make your show as memorable as possible. Our drivers are experts in multiple aspects of event transport, including fast loads, strategic unloads and arriving on time, every time. Where necessary, we don’t just offer stage transport; we become an extension of the backstage team, using our expertise to ensure your shows are a success!

Theatre, stage and live event exhibitions of the world