The most iconic art exhibition venues of Europe

Europe is home to some of the world’s greatest galleries and museums. Many of these are also perfect for use as exhibition and event spaces, with both historical landmarks and newer buildings available. Thanks to our knowledge of exhibition transport and event haulage, we can direct you to the perfect places for your next European event! 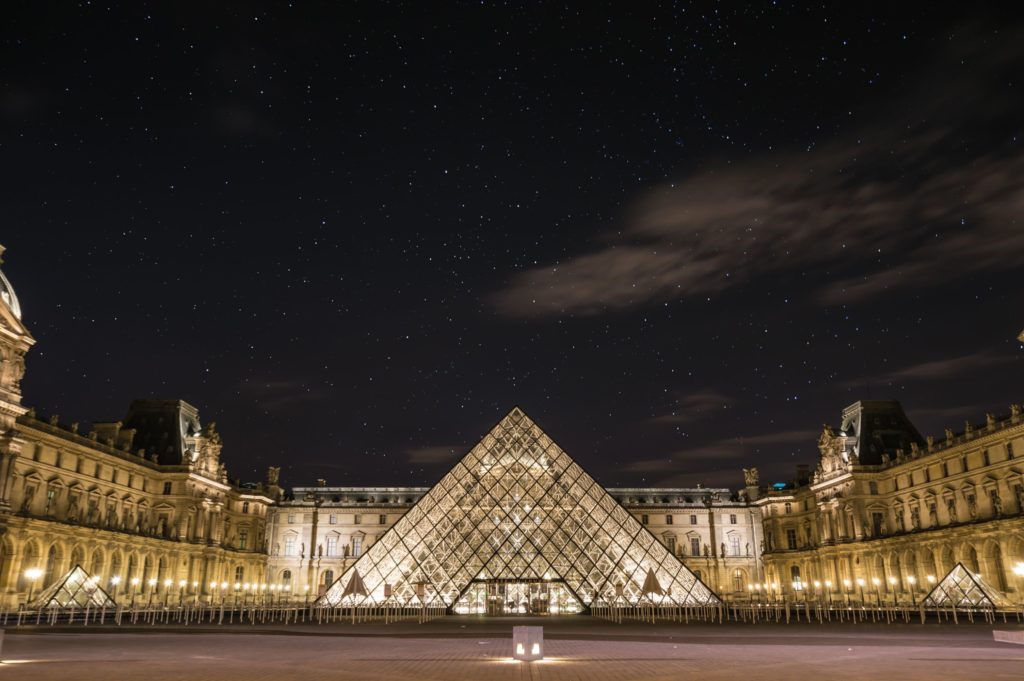 This former palace is the world’s largest art museum, and home to approximately 38,000 different objects. It first opened as a museum in 1793; its most famous works include The Mona Lisa, the Venus de Milo and the Winged Victory of Samothrace. It also attracts millions of people each year, with 10.2 million visitors in 2018.

People visiting the Louvre can enjoy numerous special exhibitions. The next one to look forward to is their Leonardo da Vinci exhibition; 2019 marks the 500-year anniversary of his death. The Louvre holds the world’s largest collection of his paintings, as well as numerous drawings from the Renaissance legend.

In addition to tourists, the Louvre hosts numerous shoots each year for film, TV and music projects. The museum can also be used as a private venue for events; between 50 and 3,000 guests can be hosted at once. Other venues the Louvre offers include the Café Richelieu, the Café Mollien, the Musée Eugène-Delacroix and the beautiful Tuileries Garden. 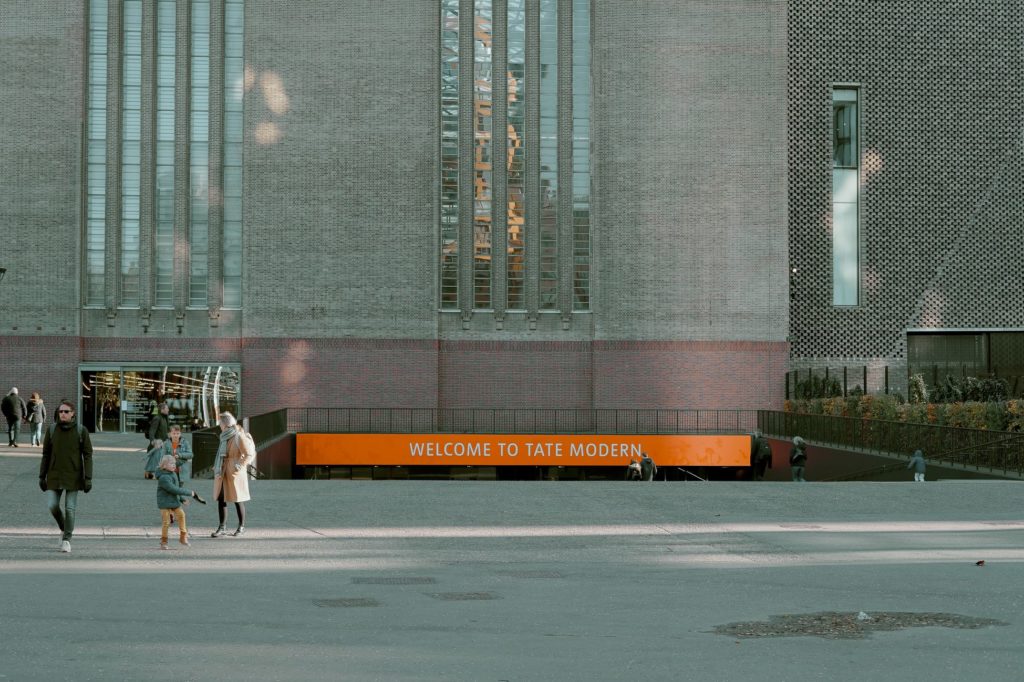 Named for the 19th-century industrialist Henry Tate, the Tate galleries exhibit almost 70,000 artworks across four sites. Their collection includes British art from 1500CE to the present day, as well as several international pieces. Tate Modern opened in 2000, and uses the former Bankside Power Station for its premises.

A highlight of Tate Modern’s calendar is a new exhibition from Olafur Eliasson. This Icelandic-Danish artist is famous for his sculptures and large-scale installation art. You can see some of these for yourself until the 5th of January 2020; they reflect the artist’s interest in geometry, colour theory and environmental issues. Visitors can even speak to Eliasson’s associates thanks to a live video link!

In addition to artworks, Tate Modern boasts 16 different spaces to hire. These offer a variety of different settings, including the photography gallery (suitable for small dining engagements), the South Room (with space for up to 300 guests) and the Turbine Hall (which can host up to 1,500 guests at once). Venues offer stunning river views, exclusive private viewing opportunities and availability during daytime and the evening. 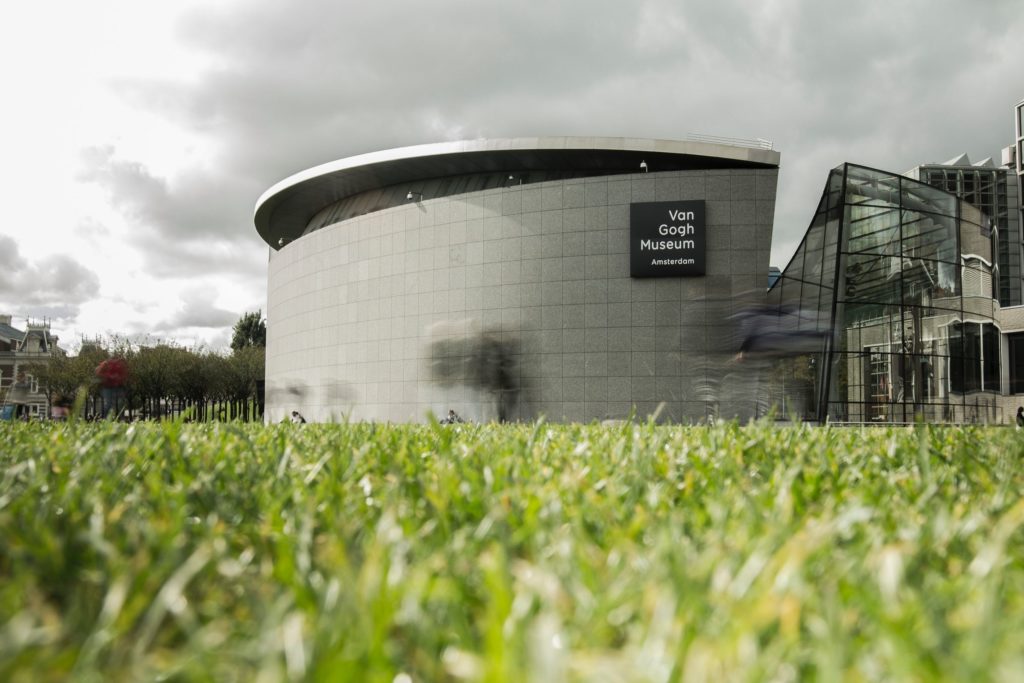 Dedicated to the legendary Dutch painter, Amsterdam’s Van Gogh museum hosts the world’s largest collection of his work. It first opened in 1973, and welcomed over two million visitors in 2017. A current museum highlight is their exhibition on Van Gogh’s Sunflowers. Running until the 1st of September, the exhibit explores why the painting was so important to Van Gogh, and how we can preserve it for the future.

The museum can also be privately hired as a dinner, buffet or reception venue. The museum’s Rietveld Building can accommodate 100 people for a seated dinner, or 250 people for a standing buffet or reception. The Foyer, meanwhile, has space for 250 diners or 450 guests at a reception or standing buffet. You can even pair your events with a guided tour or a special art theme as desired. 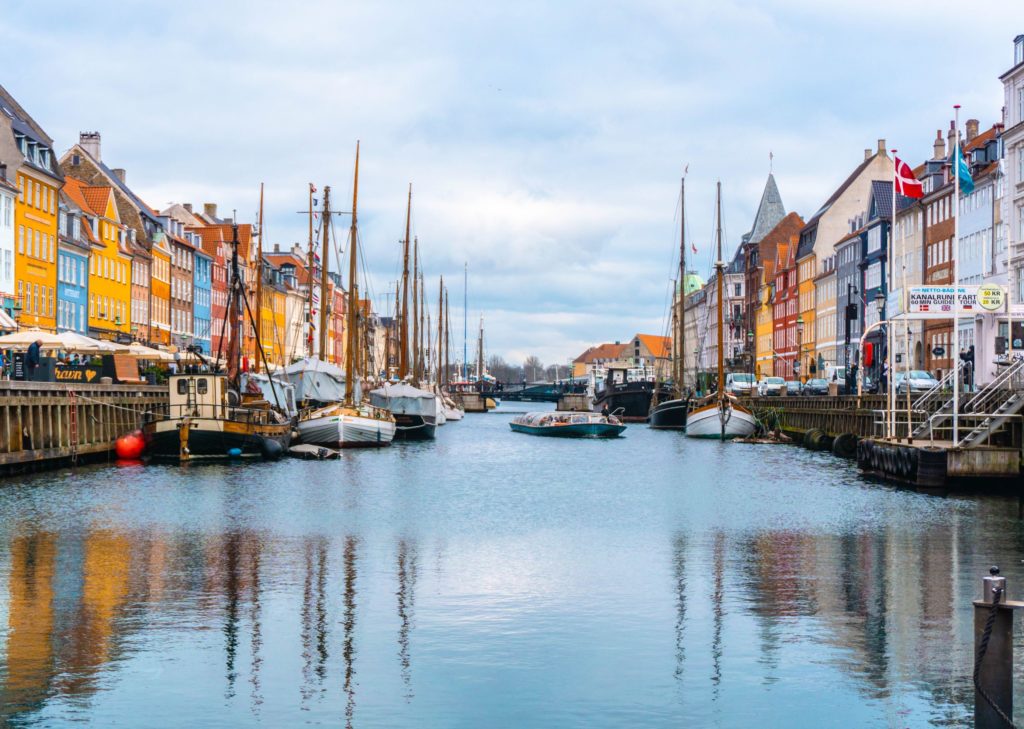 This venue is Denmark’s national gallery, and contains artworks dating back to the 1300s. Many pieces in its collection were brought together by Danish kings from the 16th century onwards. In 1849, this collection was transferred to the state, becoming the people’s art collection in the process.

At the moment, the gallery is hosting an exhibition on the Golden Age of Danish painting. Covering one of the country’s best-loved periods, the exhibition features more than 200 paintings from across the 19th century. Legendary artists such as Christen Købke, C.W. Eckersberg and Elisabeth Jerichau-Baumann are all represented, alongside hidden gems of Denmark’s art scene.

The Statens Museum is also an excellent venue to hold major events like award ceremonies, formal dinners, receptions or anything else that needs a spacious, inspiring setting. A particular highlight of the museum is its glass-roofed Sculpture Street, which has been used for dinner parties, receptions, shows and product launches. Sculpture Street and the nearby Stage can accommodate 1,000 standing people, or 700 seated for dinner. 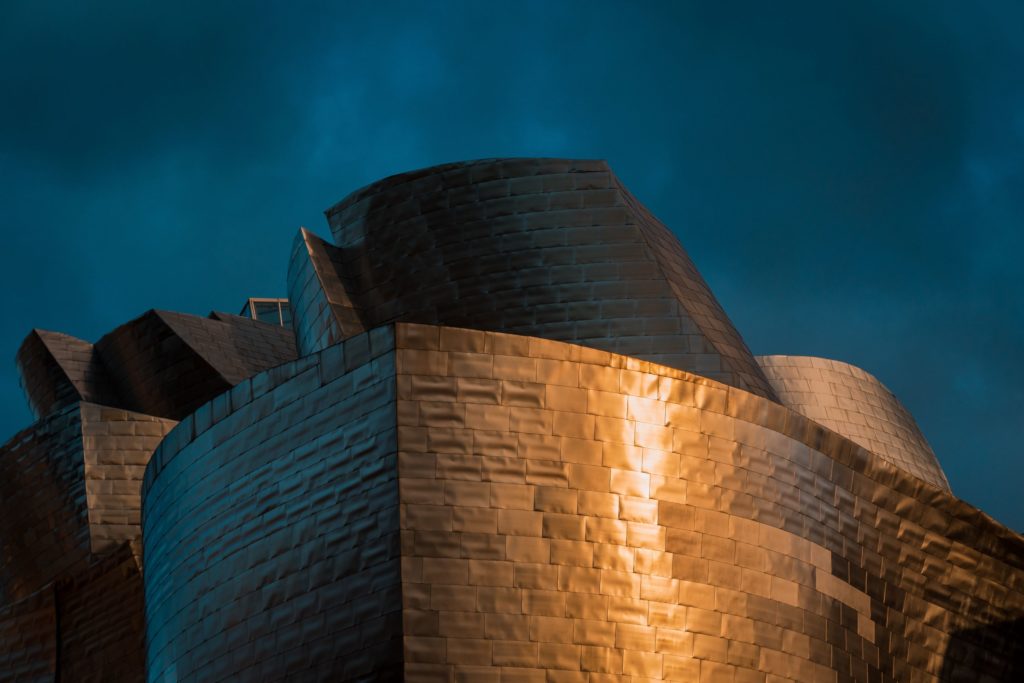 This Spanish museum was constructed during the mid-90s, and designed by top architect Frank Gehry. Almost half of its 24,000 square metres are dedicated to exhibition space, which features works by the likes of Jeff Koons, Mark Rothko and Jean-Michel Basquiat.

An upcoming highlight of the museum’s calendar is an exhibition of works from the Kunsthalle Bremen, a museum in Germany. Focusing on German and French art from the 19th and 20th centuries, this collection of pictures, sculptures, prints and drawings will be presented to Spanish audiences for the first time. Multiple art movements will be represented, including Impressionism, Expressionism and the Romantic era.

The Guggenheim Bilboa offers museum space to companies in its Corporate Membership Program. However, the museum may consider other requests on an exceptional basis. Choose from five different venues with capacity ranges from 40 people seated, to up to 800 standing: 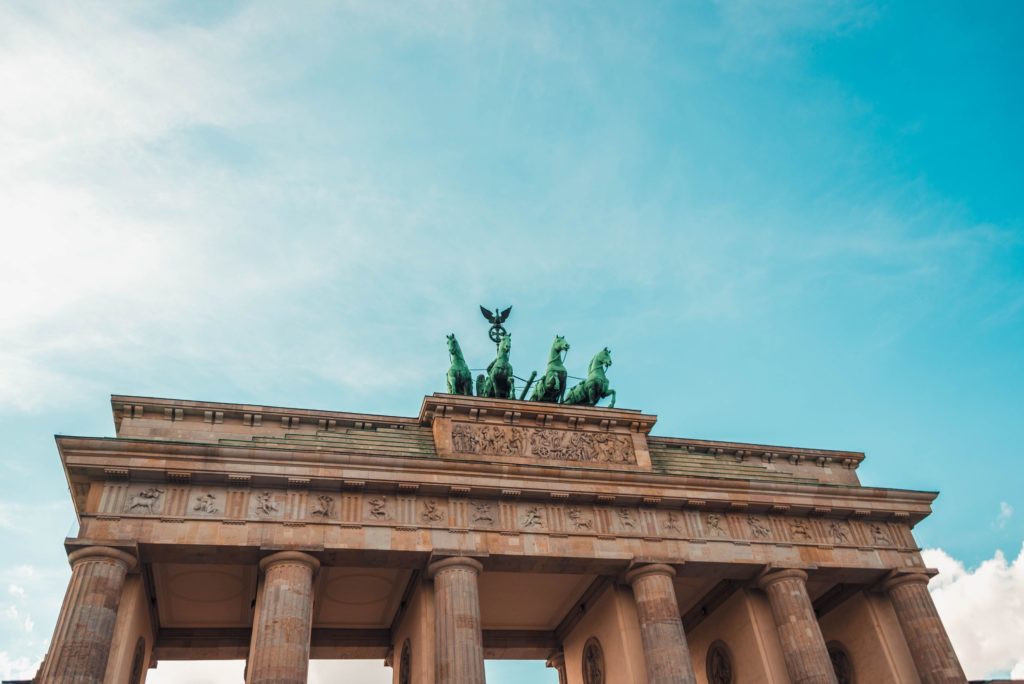 This gallery was first established in 1861. It is the original home of Berlin’s Nationalgalerie, though its artworks now appear in multiple venues. The original building suffered heavy damage during the Second World War, eventually closing in 1998 for extensive repairs. It reopened three years later on the museum’s 125th anniversary.

Art fans can look forward to an exhibit on Gustave Caillebotte, a key figure in the French Impressionist movement. The gallery will be hosting “Paris Street; Rainy Day”, a 19th century painting that’s considered one of the painter’s most important works. It’s only appeared in Europe before on rare occasions, and this will be the first time it’s appeared in Berlin. 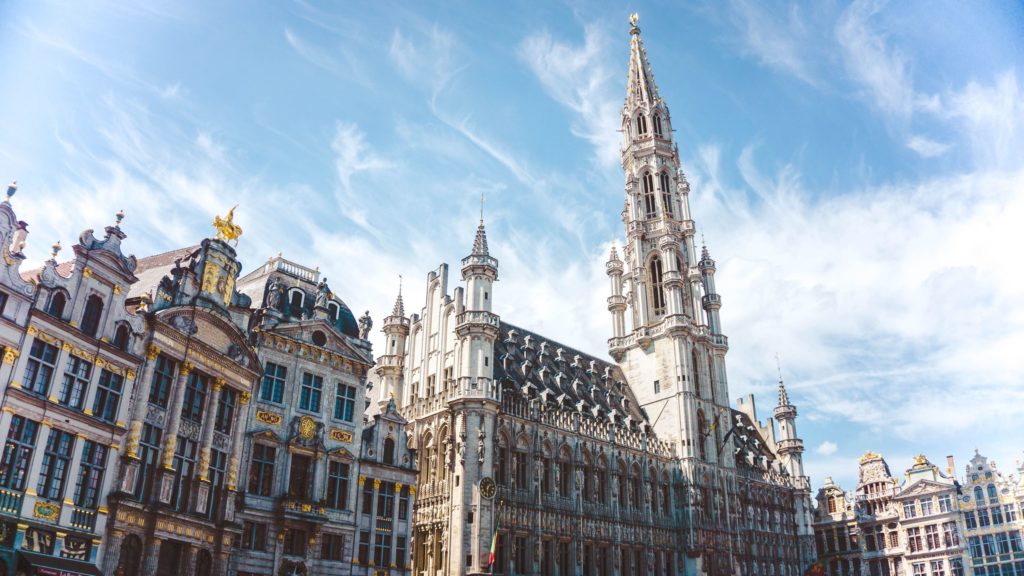 Covering six distinct venues, these Belgian museums cover 700 years of the visual arts. Their focus ranges from a single artist (in the Magritte museum) to the work of people across four centuries (in the Old Masters museum). The Magritte Museum is hosting a very exciting event next year; for the very first time it will bring together work by Salvador Dalí and René Magritte, two icons of the Surrealist movement. The personal and philosophical links between these two artists will be revealed through 80 paintings and drawings, as well as sculptures, photographs and films.

Across these museums, there are several venues available for hire. The Forum can accommodate up to 700 people and seat 400, while the Magritte Museum’s Magritte Room can hold up to 220. If you require something smaller, the Museum Cafe can hold up to 150 people instead.

As an added bonus, each event can be paired with a private visit to the museum’s collection. Wow your delegates with both a gorgeous venue and some invaluable historical background! 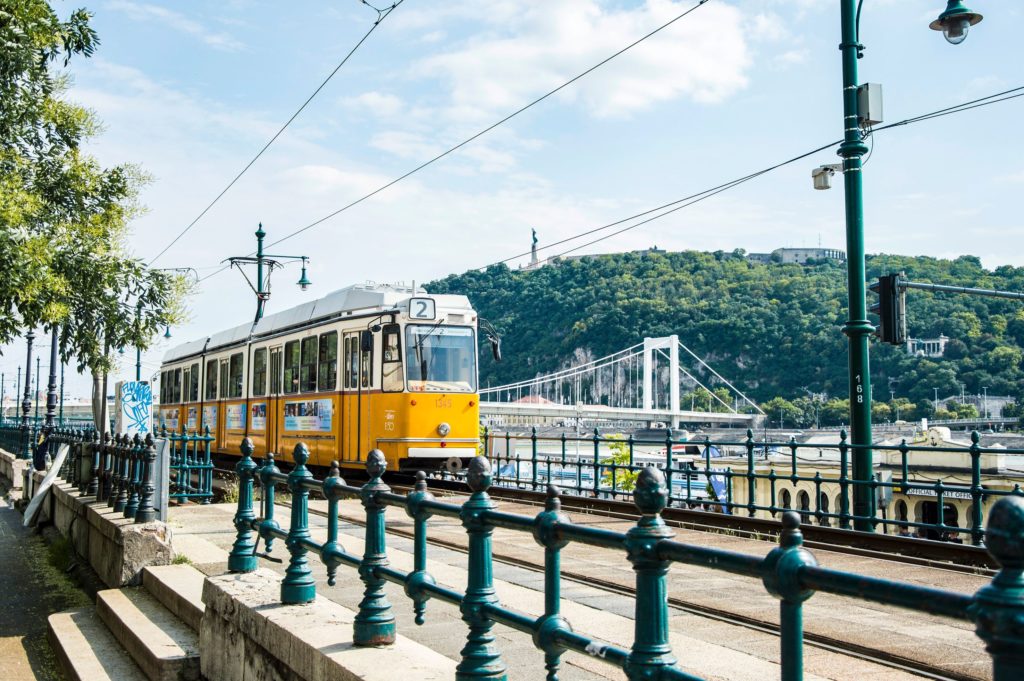 Hungary’s national gallery opened in 1957 as a showcase for Hungarian art. It moved into Buda Palace—a 14th-century royal residence—in 1975. The palace’s dome is a national landmark, offering unparalleled views of Hungary’s capital.

In addition to several permanent exhibitions, the gallery offers a mix of temporary attractions. One highlight is their exhibit on water motifs in European paintings. Covering over 50 pieces, the paintings depict waterfront landscapes, stories from myth and many other scenarios.

As a former royal palace, the gallery has some impressive venues for hire. Their halls can house gala dinners for 600 people, or receptions for 700. Their terraces are suitable for smaller receptions (i.e. between 15 and 80 people) and they offer stunning city views. Thematic guided tours and unique program offers are also available. 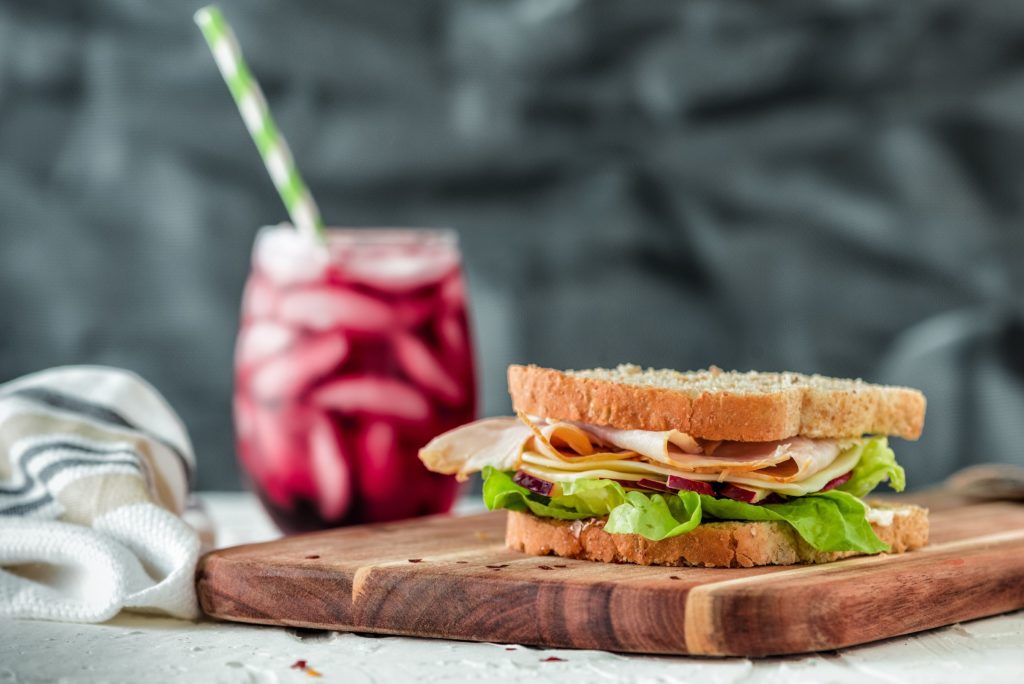 Ireland’s Museum of Modern Art (IMMA) uses the grounds of the Royal Hospital Kilmainham, built in the 17th century. Additionally, 48 acres of land surrounds the museum itself, and includes formal gardens, meadows and a cafe with homemade food.

The museum is mixing things up by looking at the links between two legendary artists—Lucian Freud and Jack B. Yeats. This special exhibition brings together works by the artists for the first time in 70 years. A total of 57 oil paintings will be available for the public to view.

The North Range of the hospital building and the grounds are available for use by private and corporate clients. Whether you want to host a wedding, product launches, gala banquets, conference or exhibition, the museum is happy to oblige. The impressive windows and high ceilings of the venue are reminiscent of its classical 17th century origins, and offer a unique backdrop for event delegates to admire.

As of summer 2019, the hospital is undergoing renovations; however, it will be available for hire soon. 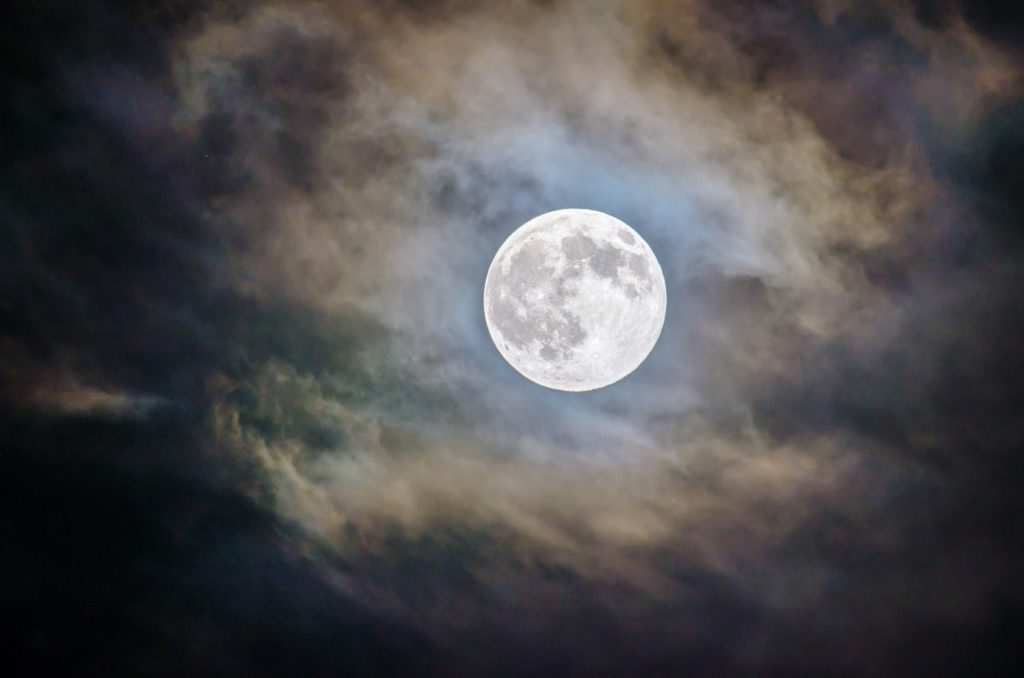 This Swiss museum first opened in 1879. It’s the oldest museum in Switzerland with a permanent collection, which includes more than 50,000 paintings, sculptures, drawings, films and other pieces. With works by the likes of Picasso, Klee and Oppenheim, the Kunstmuseum has gained an international reputation.

In honour of the Apollo 11 moon landings (which are celebrating their 50th anniversary) the museum is hosting an exhibition on artwork of the moon from across history. Visitors can enjoy works by artists like Nell Walden, Sebald Beham and Ernst Kreidolf. The exhibition runs until the 20th of October 2019.

The Kunstmuseum also has several museum rooms available for private hire. These are suitable for a variety of both large and small events, and they can be accompanied by supporting programs. Options include private guided tours of the exhibitions; you can even request selections of paintings, with a specific theme of your choice.

Visitors to Europe have plenty of options when it comes to hosting their next event. We at Stagefreight are happy to lend you our expertise; over the years, we’ve developed an in-depth understanding of the event business, particularly event haulage.

Our work takes us across Europe on a regular basis, and we’re eager to make your next event an unforgettable one. Moreover, we pride ourselves on our quick turnaround skills, and we can plan the most cost-effective and fuel-efficient route to any venue.

If you think we’re a good fit for your next event, conference or exhibition, take a look at our complete range of transport services. Already have an event in mind? Call us on 0113 238 0805 to speak to one of the team directly for expert advice on event haulage.