For many families, no Christmas is complete without a trip to the local pantomime. Whether you love the outrageous costumes, cries of “he’s behind you!” or the classic fairytales retold, theatres will be filled with families looking for a wonderful night of entertainment.

With hundreds of pantomimes and winter shows to choose from, we’ve highlighted some of the best local pantomimes that British theatres have to offer. 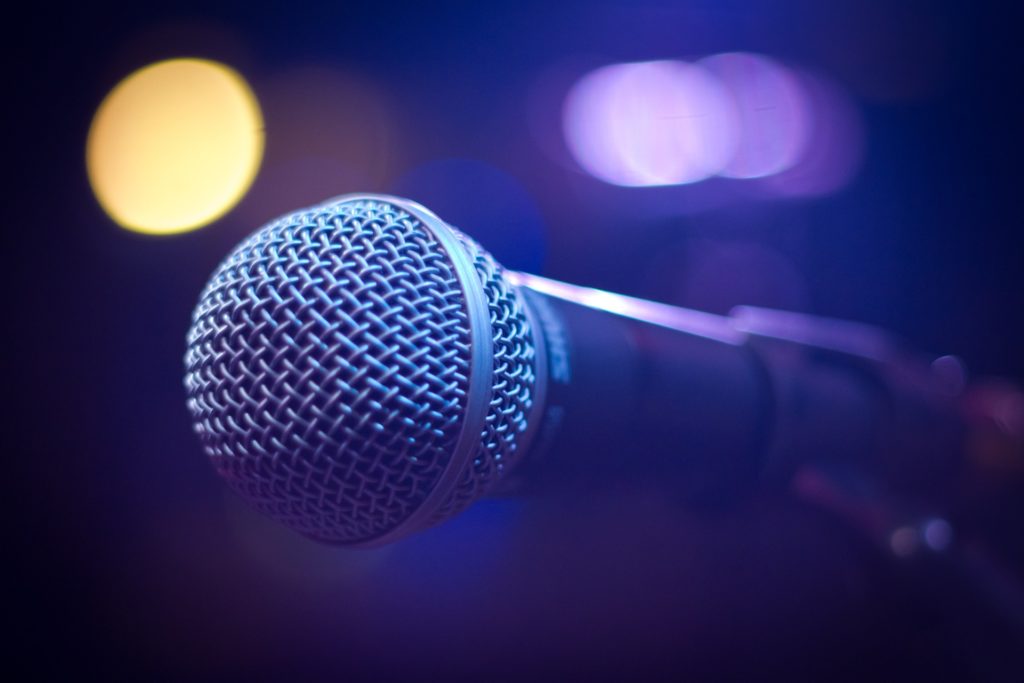 If you’re after something a little different from your pantomimes, Leeds’ City Varieties has something perfect. Cinderella: The Rock ‘n’ Roll Panto puts a modern twist on the classic pantomime.

Starring a talented cast of actor-musicians, this version of Cinderella mixes the classic tale with a range of pop and soul hits. Expect audience participation and plenty of corny gags alongside loud live music, smoke effects, flashing lights and loud bangs! However, the organisers recommend children under 4 don’t attend. 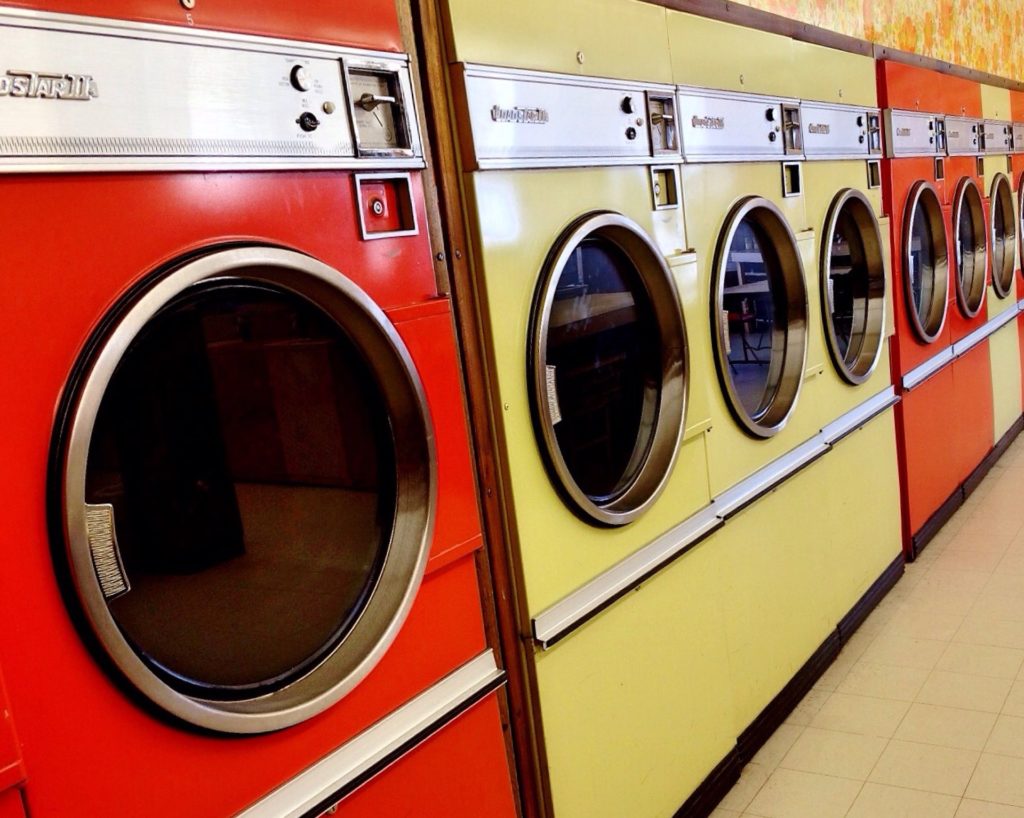 Pantomime was practically born in Bradford’s Alhambra theatre, and the 2018/19 show won’t disappoint. This year the Alhambra is hosting a performance of Aladdin, and there’s some excellent performers helping to bring it to life.

Bradford veteran Billy Pearce is back to play Aladdin’s brother Wishee Washee, while boy band star Simon Webbe joins him as Aladdin. Porridge actor Christopher Biggins will star as Widow Twankey, in his ninth appearance in the part. Further casting is yet to be announced, but you’re sure of a spectacular show regardless!

If a member of your family has an Autistic Spectrum Condition, you can attend a relaxed performance on Tuesday the 8th of January. These offer altered lighting and special effects—though the content of the show will stay the same—and a less formal atmosphere to help reduce anxiety levels.

To book tickets for this show, visit the official Bradford Theatres website.

Based on the picture book by Raymond Briggs, The Snowman is a beloved Christmas tradition. The animated special premiered on Channel 4 in 1982, and continues to be broadcast on British televisions every December. Today’s Snowman aficionados can enjoy a live stage show, which is running this Christmas at London’s Peacock Theatre.

The stage show expands upon the original story a little, but otherwise stays true to the tale of a boy’s snowman coming to life. As well as the impressive costumes (we’re a fan of the dancing pineapple, ourselves) we love the minimalist set and breath-taking aerial manoeuvres. This is the perfect choice for both the young and the young at heart!

It’s also been very well received by critics. The Daily Express praised the set design and the show’s “joyful celebration of life as a snowman—or woman”, while the Manchester Evening News declared “It’s the music and dance that bring this performance to life”.

Head to the Visit London website to book tickets now.

Beauty and the Beast, Edinburgh 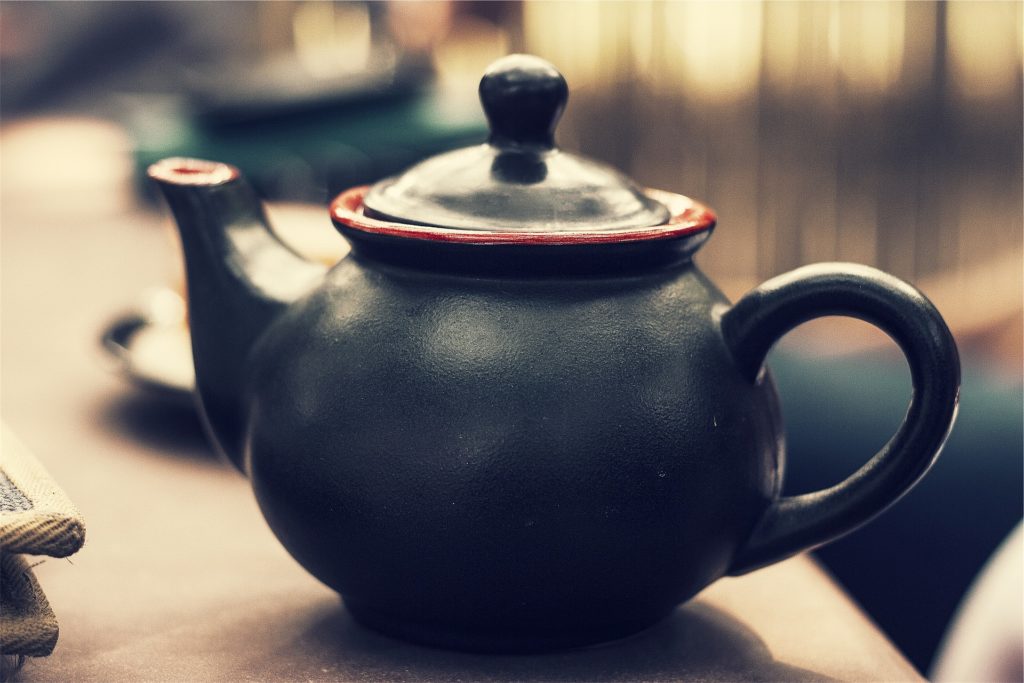 This ‘tale as old as time’ dates back to the 1700s, and lives on in dozens of adaptations and reinterpretations. Now Scottish panto lovers can enjoy it for themselves, thanks to a new performance at the Edinburgh King’s Theatre.

The Edwardian theatre was built in the early 1900s and is one of the UK’s most opulent theatre venues. Allan Stewart—star of two Royal Variety Shows—appears as Mrs Potty, while Naked Radio star Andy Grey appears as Hector. Scottish broadcaster Grant Stott makes an appearance as Flash Boaby. 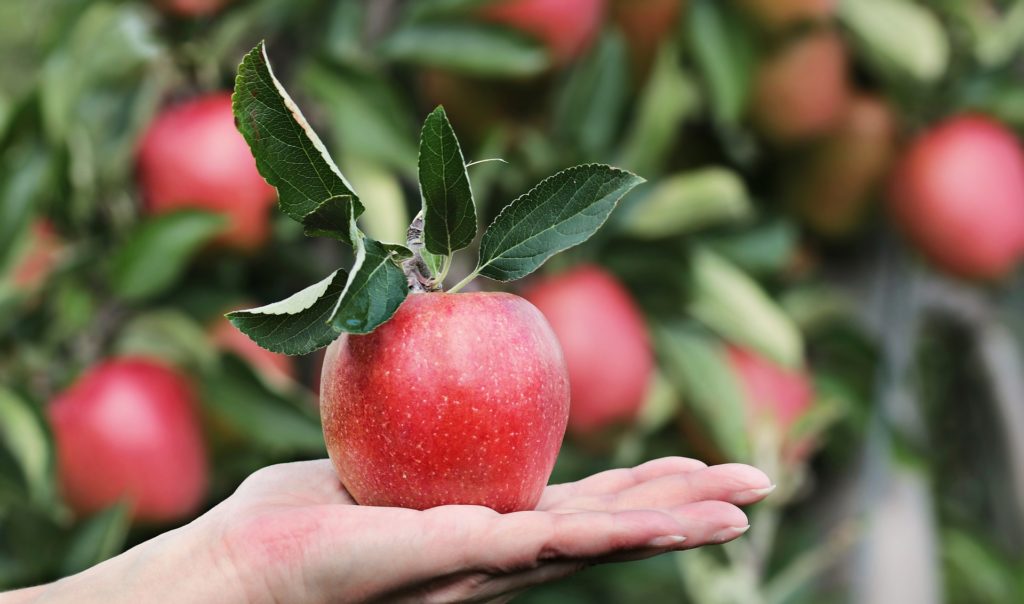 London’s Palladium Theatre has hosted pantomimes for 70 years. It’s continuing that rich tradition even now, with a lavish production of Snow White to look forward to this Christmas.

The show boasts some amazing actors including Julian Clary, who has been a veteran of pantomime for 20 years. Other stars include comedienne Dawn French and Vincent & Flavia, of Strictly Come Dancing fame. If the show is anything like last year’s pantomime, Dick Whittington, it’s certainly worth attending.

2017’s show boasted an animatronic rat and a flying London bus, as well as dance sequences from hit dance group Diversity. With a ‘lavish festive production’ trumpeted on the official website, we heartily recommend this one to all pantomime fans! 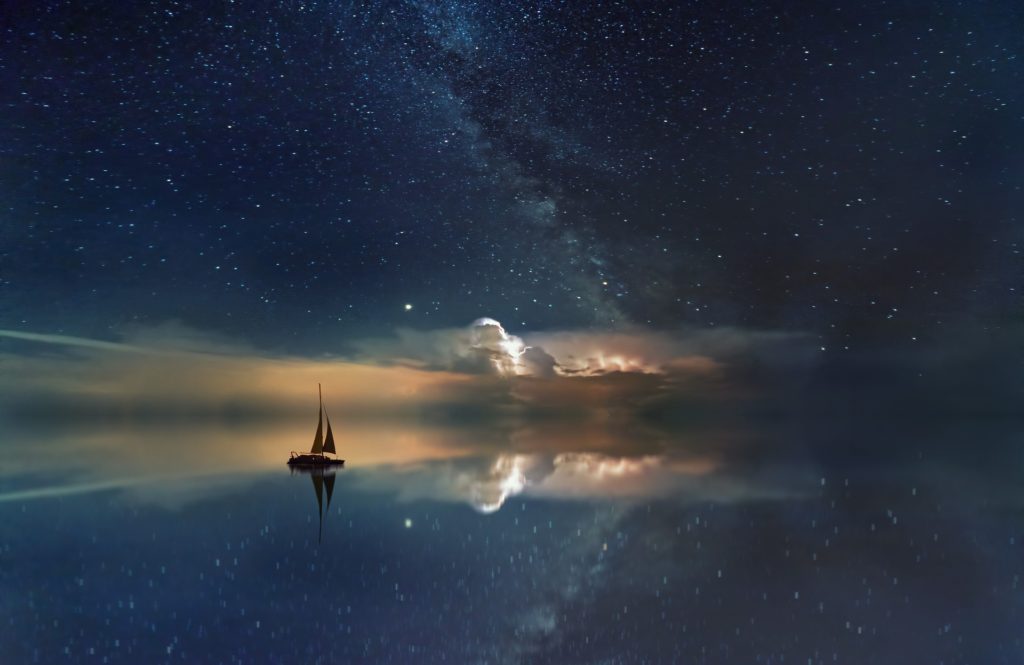 The creation of Scottish writer J.M.Barrie, Peter Pan is a legendary star of both Disney films and children’s books. However, one of his earliest appearances was in a stage play in the early 1900s. Pantomimes have long since brought him back to his roots, and this year, the Hippodrome is hosting a performance of Peter Pan with an all-star cast and amazing flying effects.

Jimmy Osmond—singer, actor and member of sibling group The Osmonds— appears as the nefarious Captain Hook; other stars include Matt Slack, Jaymi Hensley and award-winning actress Meera Syal. Acrobatic troupe the Timbuktu Tumblers will also be in attendance, ensuring this is one pantomime you can’t afford to miss!

Beauty and the Beast, Cardiff 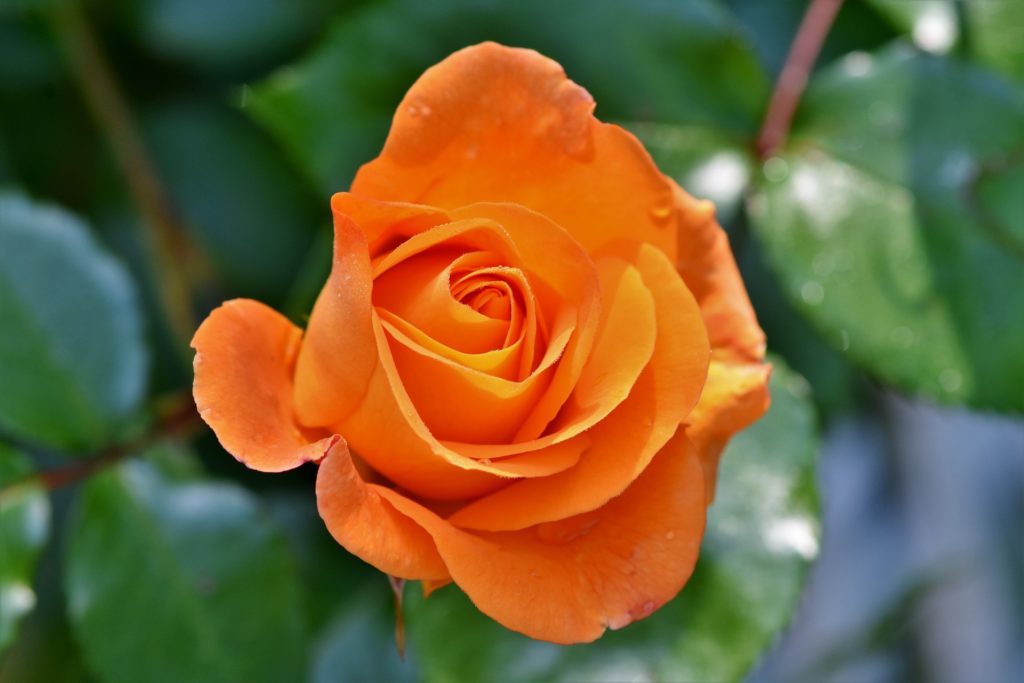 Welsh theatregoers can enjoy their own version of Beauty and the Beast at Cardiff’s New Theatre. It boasts a highly impressive cast; visitors can look forward to Emmerdale and You’ve Been Framed star Lisa Riley, as well as Welsh rugby star Gareth Thomas and Footballers’ Wives actor Ben Richards.

Other stars including Mike Doyle, Danny Payne, Adam C Booth and Stephanie Webber, ensuring this is a performance you won’t soon forget!

Jack and the Beanstalk, Liverpool 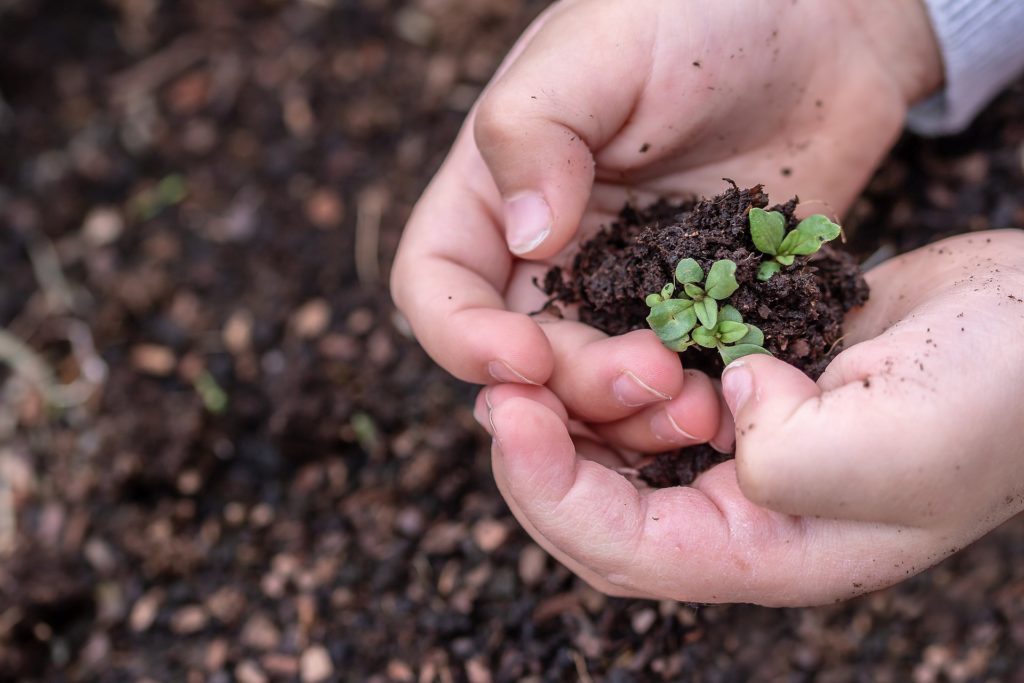 Liverpool’s Empire Theatre features the largest two-tier auditorium in Britain, and is located near Lime Street Station meaning easy access. It’s also hosting an exciting performance of Jack and the Beanstalk this December. 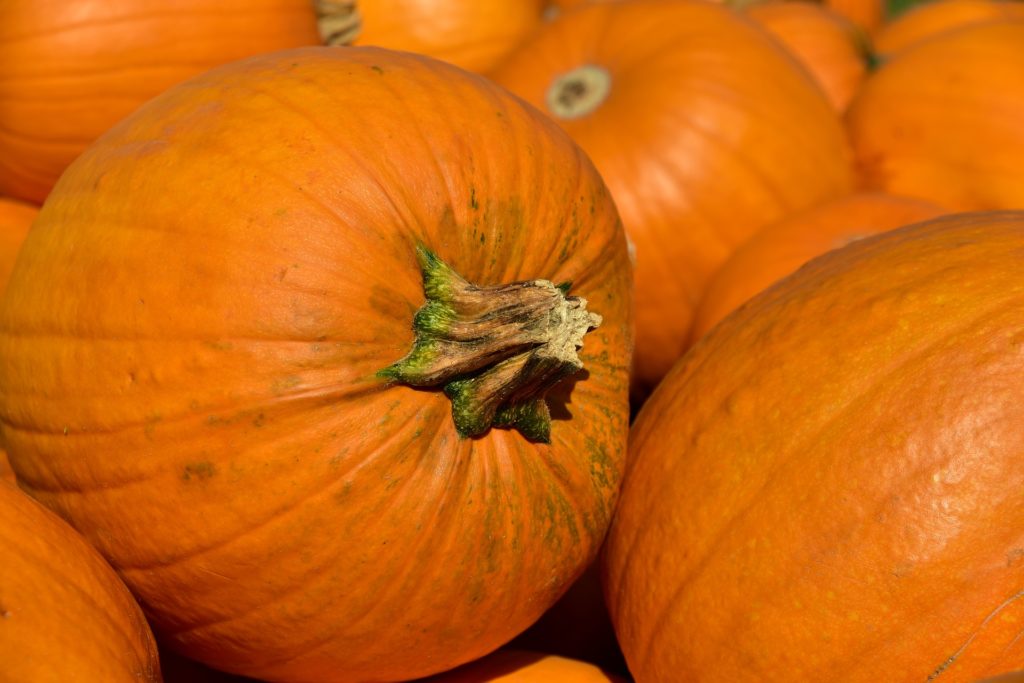 If you’re looking for a more conventional Cinderella story, have no fear! The Bristol Hippodrome is here to help, although there are still one or two twists to look forward to.

This special-effects packed show features West End star and pantomime veteran Brian Conley. In an exciting twist, fashion guru Gok Wan will be on hand as the ‘Fairy Gokmother’, dispensing fashion advice and creating the most magical gown panto-land has to offer! Book tickets now at the ATG Tickets website.

If you’re planning on attending a local pantomime this Christmas, we hope you have a lovely time. And if you’re thinking of putting on your own theatre show, we at Stagefreight—an experienced theatre haulage company—are here to help.

We know that planning and speed are both essential for theatre transport, and we’ve got a proven track record of perfect timing. We can cater for theatre productions of all sizes, ranging from single van tours to 16-trailer tours and much more! We’ve worked with theatre tour companies like Opera North and the English National Ballet to name a few and have a lot of theatre transportation experience.

What I love about event transport