Did you know that Stagefreight also provides transport for sporting events? We’re proud to offer transport for such popular activities, and we’re big fans of sport in all its forms. That’s why we’ve decided to take a closer look at the diverse sporting scene in the world today. 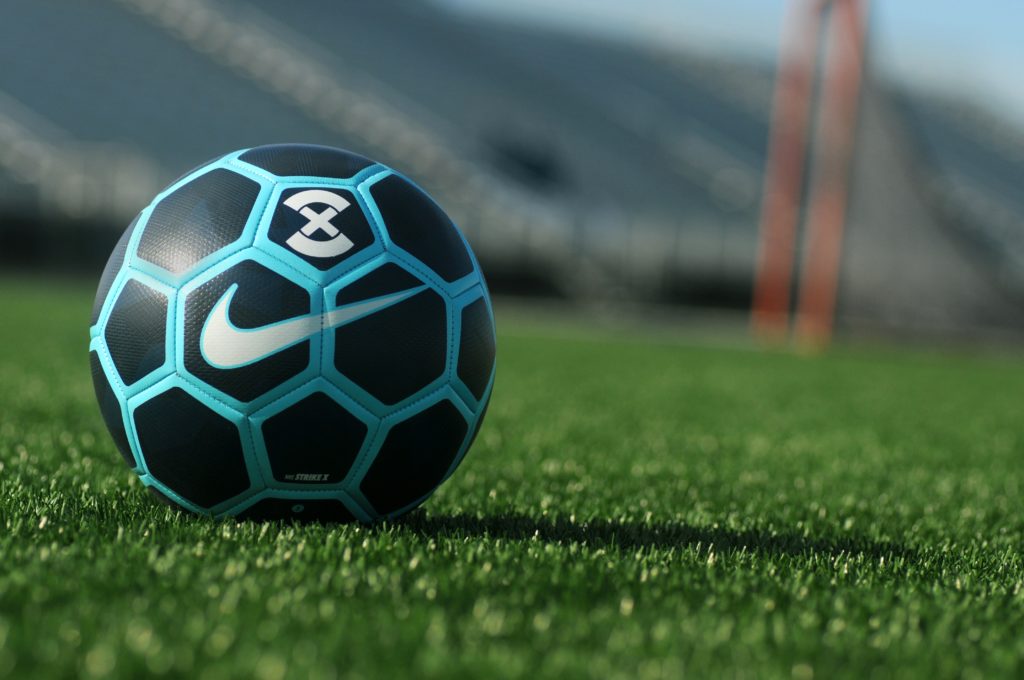 Football fans can enjoy a thrilling match between Chelsea and Arsenal later this month. This year, the UEFA final takes place in Baku, the capital city of Azerbaijan.

Fans will be able to enjoy all the football action in the Baku Olympic Stadium. Completed in 2015, the stadium has seating for almost 70,000 sports fans. It was first used for 2015’s European Games, and will see further use during UEFA’s 2020 matches.

Outside of the stadium, Baku has many interesting features. The city has expanded rapidly over the last few decades with many modern hotels and buildings, including the famous Flame Towers. It also offers the walled old town Icheri Sheher; designated a UNESCO World Heritage Site, it contains the Shirvanshahs Palace, which dates back to the 15th century. As official event transport partners for the match, we can’t wait to see this city up close!

This three-week bicycle race is one of the world’s most important (and famous) sporting events. The first Tour de France was organised in 1903, as a way to increase sales for a French newspaper called L’Auto. It has run almost every year since then, with the route and selection of riders expanding over the years.

2019’s race will begin in the Belgian capital of Brussels, in tribute to Belgian cyclist (and five-time winner) Eddy Merckx. From there, the 3,460km race passes through Colmar, Pont du Gard and Toulouse before ending in Paris.

This year’s route is particularly mountainous. Highlights include the Val Thorens ski resort, as well as the Col de Galibier and Cold’Iseran mountain passes. The latter is especially famous as Europe’s highest paved road, ensuring an exciting race for all the participants.

176 riders across 22 teams will be competing; Welsh cyclist Geraint Thomas—who won last year’s race—is among their numbers. Runners up Tom Dumoulin and Chris Froome will also have a shot at the prestigious yellow jersey. Other competitors include Thibualt Pinot, Vincenzo Nabal and 30-time stage winner Mark Cavendish.

The Tour de Yorkshire has become one of the UK’s biggest professional cycling stage races. It was inspired by the 2014 Tour de France, which departed from the West Yorkshire city of Leeds back in 2014. A dedicated Yorkshire bicycle race launched the following year, and has been a huge success for the region.

This year’s route started and finished in Leeds, winding its way across Yorkshire in the process. Cyclists visited 150 villages, towns and cities along the route, including Doncaster, Barnsley, Ilkley and Scarborough. The men’s and women’s courses also covered more than 800km between them.

Yorkshire’s hilly landscape makes it a particularly challenging route for cyclists. That didn’t stop about 250 cyclists from competing in the event; athletes came from all over the world to take part, with the likes of Germany, the Netherlands and South Africa all represented. Team Ineos cyclist Chris Lawless won 2019’s race, marking the first time a British cyclist has done so.

Motorbike races take place around the world, but one of the most exciting is the Austrian Grand Prix. Taking place in Spielberg, Austria, the event brings together motorcyclists on one of Europe’s biggest tracks.

The Red Bull Ring is over 2.5 miles long, with nine hair-raising turns to challenge racers. It’s actually in its third incarnation; the original was built in 1969, and remodelled in 1977. The track later fell into disrepair, until it was reopened in 2011; today, it hosts both MotoGP and Formula One races. Italian motorcyclist Andrea Dovizioso holds the current circuit record.

The Austrian Grand Prix itself has also had a rocky history. The first one launched in 1971, and ran until 1997; however, it was cancelled the following year thanks to low spectator numbers. Fortunately the event was resurrected in 2016, and continues to be popular today.

The main race runs on Sunday the 11th of August, with free practices and qualifying races before then. We at Stagefreight are especially interested in motorbike racing at the moment; we’ve been sponsoring the talented Steven Procter, who is racing in the Manx Grand Prix later this year! We’ll be discussing him in more detail very soon.

NFL at Wembley and Tottenham 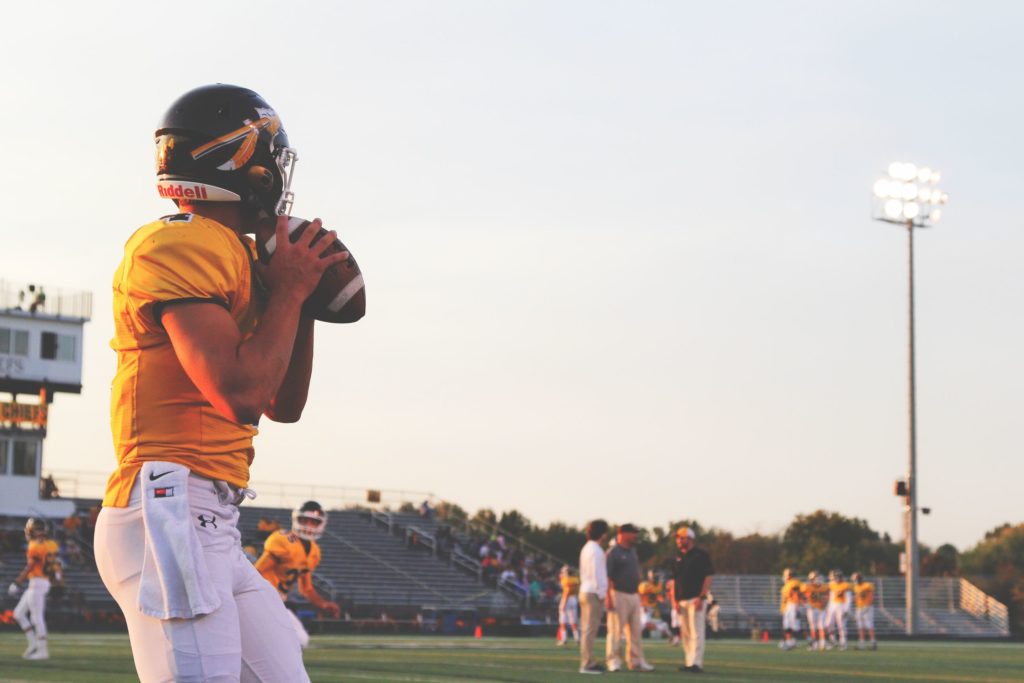 For our friends across the pond, football is a very different kind of ball game. If you’d like a taste of something a bit different, the NFL are bringing American football to the UK later this year.

American football fans can enjoy four different matches with eight teams, including the Chicago Bears, Carolina Panthers, Los Angeles Rams and the Jacksonville Jaguars. The Tottenham Hotspur games are the first NFL games to be played at the new stadium, which opened earlier this year. There have been just 28 American football games in London since 2007, making this a great opportunity for American football fans!

This event is Italy’s most famous horse race, taking place twice a year in the Tuscan city of Siena. Dating back to the sixth century, the race sees ten jockeys competing in a fast-paced, thrilling contest in the piazza del Campo.

Participants in the race are chosen from Siena’s 17 districts, or contrade; seven are given a place if they didn’t compete in the previous race, though three are chosen randomly. Interestingly, the jockeys don’t bring their own horses to the race. Instead, the organisers assign each contrada a horse before the race begins.

To win the race, jockeys must complete three laps around the piazza del Campo. There are half a dozen trial runs before the main event, as well as a parade featuring historical costumes. The race itself lasts about a minute and a half; jockeys ride without saddles, and it’s not unusual for horses to lose their riders in the process!

Not all of Europe’s sporting events stretch back centuries. A new kid on the block is Germany’s Mud Olympics, which runs every two years in the town of Brunsbuettel.

The Mud Olympics take place on the mud flats at the mouth of the river Elbe. Athletes come to participate in events like football and volleyball, with varying degrees of success. Other highlights include the Rubber Boot Toss and sledge racing, using sledges suitable for the mud flats of the area.

The Mud Olympics launched in 2004 to raise money for cancer patients and their relatives. Since then, the event has raised over €330,000 via tickets and entry fees! Over 40 teams compete in the games, with contestants coming from Germany and its neighbouring countries. Look out for the next Mud Olympics in 2020!

Over the last few years, esports have exploded in both prestige and popularity. Later this year, the South Holland city of Rotterdam is hosting an exciting festival dedicated to the medium!

Billing itself as the world’s greatest digital entertainment festival, Dreamhack Rotterdam will host a range of esports competitions, cosplay competitions and a dedicated area for video streamers. The highlight of the event is an open tournament for Counterstrike:Global Offensive, a popular online shooter with 11 million players per month. With a grand prize of $100,000, expect fierce competition amongst the contestants!

With other attractions like giveaways, contests and meet-and-greet opportunities, Dreamhack reflects the changing face of the modern sports scene. You can learn more about the festival at the official website.

World Wrestling Entertainment runs some of the world’s most popular pro wrestling matches. Though it rose to prominence in the USA, the wrestling stars visit Europe on a regular basis. You’ll be able to see their latest European matches very soon.

So far, two European dates have been announced. On Tuesday the 12th of November, Seth Rollins, AJ Styles, Alexa Bliss and many more wrestlers will appear at the Ziggo Dome in Amsterdam. On Wednesday the 13th of November, Roman Reigns, Xavier Woods, Charlotte Flair and many others will appear at the Hallenstadion in Zurich. More dates will be announced nearer the time.

There’s no end of exciting sporting events to look forward to this year; whether you’re interested in the main events or the more unusual ones, there really is something for everyone to enjoy! If you’re thinking of putting on your own live event—indoors or outdoors—Stagefreight are the event transport provider you need.

Our talented team of drivers are experts at transporting materials for live events. We know how essential timing is for events like these, and we’ll ensure everything arrives right on time. If you have any lighting or acoustic specifications, we’ll offer advice and even help build the stage with your team. We can also support you during exhibitions, and we’ll handle documentation and paperwork if you’re travelling abroad.